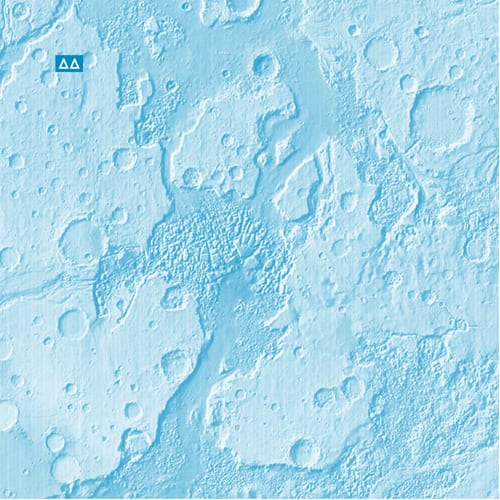 Ramp’s lo-fi little brother Fourth Wave has proved itself a modest but classy label since its 2011 inception, championing original dance sounds from the likes of Presk and Gerry Read. They’ve done it all with minimum hype and maximum quality up until now, and the debut of Greece’s ∆ ∆ (delta delta) is no different, with a press release sketchy on the detail and an EP bristling with original thinking. Opener The Cleansing acts as a perfect mission statement, a deep, thoughtful groove accompanied by organic atmospherics and a showstopping melodic hook. As with all the tracks on Skyway, it’s the textures that really impress, the searing string ascent conjuring a curious bittersweet emotional drive that’s anchored by the earthiness of the beat pattern.

The quality doesn’t let up as the EP goes on, with follow-up Coconut Girls creating a powerful hypnagogic presence; all locked melodic loops and canned snares, despite its brief runtime. The A-side closes with title track Skyway, one of the most impressive, and certainly the most fully developed, tunes on the release. Here a richly textured beat pattern of crystal-clear snares and tinny hi-hats lays down a groove before a sinuous woodwind line enters the fray, evoking that same curious nostalgia delta seems so accomplished at providing. You opens the B-side with a more dancefloor-ready cut, the same immaculate rhythms here supplemented by the refreshing addition of an effect-heavy vocal line, adding an RnB tinge to the intoxicating house abstraction that manages to be simultaneously sparse and lush; all the while emoting with an uncommonly genuine sensuousness.

While few of these tracks follow the standard club formula of builds and drops, penultimate cut Loose & Limber throws any percussive expectations out of the window, living up to its name with dislocated beats that build to a breathless final minute of dubbed-out deconstruction recalling Theo Parrish at his murkiest. Closer Let In Morning Light fades in fully formed like a dream, a gorgeous sample reigning supreme over muted synth stabs and hushed vocal accents deep in the mix. While some of these tracks may come off more as sketches than complete pieces, the breadth of ideas and the quality of their execution is never less than superb. Skyway is a mature, accomplished piece that speaks with a confident, original voice of a fresh talent who we’ll hopefully be hearing a lot more from soon.