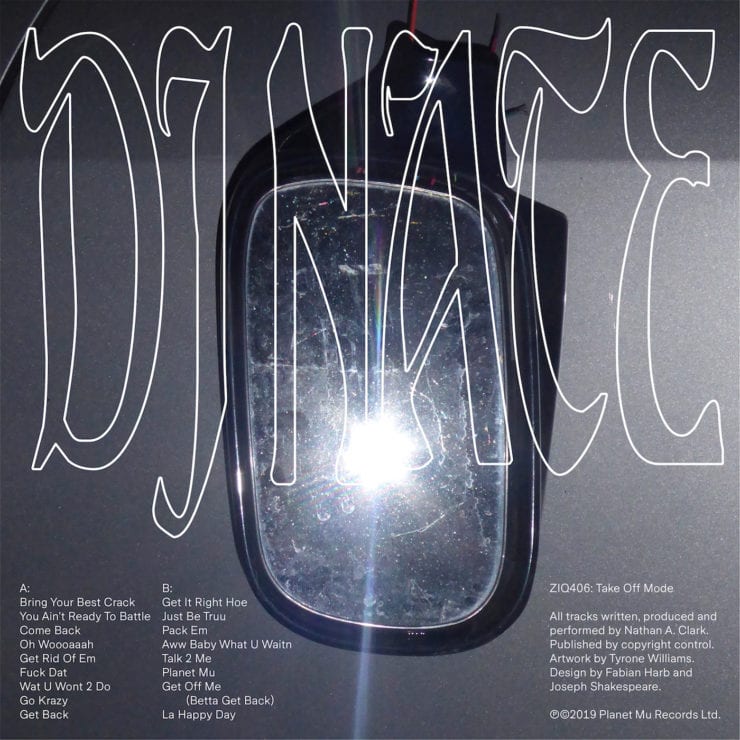 The natural body rhythms of our heartbeat, breathing and walking have built the human psyche around constant cycles of repetition. You can either make music that synergises with our innate physiological and psychological susceptibility for repeated movements, music that rebels against it, or in rare cases, make music that does both. DJ Nate definitely belongs in the first category. He is privy to the mantra-like power of recurring words and sounds and knows how to arrange and edit those samples to achieve maximum rhythmic effect.

When you consider the fact that his first record, ‘Da Trak Genious‘ was released on Planet Mu before ‘Bangs & Works Vol.1‘ (The compilation that catapulted Chicago Footwork to international attention) you can begin to appreciate the true extent of his clout in the scene.

While most artists that pioneer a new sound rejoice and consolidate their position when it finally goes worldwide, DJ Nate was nonchalantly experimenting as a rapper instead. As such, he missed out a lot of recognition for his early pioneering work, with the laurels usually going to the late DJ Rashad, Traxman or RP Boo instead.

His resilience, independence and enduring appeal, not just as a producer but as a man has been cemented as of late, with him recovering from a neck and spine injury that left him paralysed from the waist down. I’m sure the irony is not lost on him, but he has since bounced back and come through with his first footwork album in nine years, the 17-track taste of old-school Chicago flavour, Take Off Mode.

The record has a characteristically playful blend of sentiments, from sopped-up R&B vibes on ‘Go Krazy’ and ‘Come Back’ to more soulful flavours on ‘Just Be Truu’ or ‘La Happy Day’. As a footwork LP It is ripe with that in-your-face Chicago attitude, particularly on ‘Fuck Dat’ ‘Get Off Me Better Get Back’.

More often than not, you will find multiple ideas and tangents blended in the same track as if it were going through a bitesize identity crisis. The opener “Bring Your Best Crack” is a great example of that, being an ode to premium crack cocaine and at the same time a repressed R&B joint.

His ‘Planet Mu’ track is a slick homage to the label’s role in his career and indeed in the rise and popularity of Footwork as a genre. My ears have been pummelled by innumerable repetitions of ‘DJ Nate!!’, but I really don’t mind. When you make footwork this good, I will allow you the courtesy of burying your moniker deep into my subconscious mind.

The formula of repeated samples over skittish drums and snares was created as a familiar and stable groove for dancers to jump in and out of in the impromptu battle circles that would often form in Chicago’s clubs. It was a chance to show-off their moves to each other over the same tempo and beat.

‘Take Off Mode‘ is barebones Chicago footwork that, to its credit, never pretends to be anything else. The scene will never be the same with the loss of so many legends as of late, but after a brief scrape with death himself, DJ Nate goes back to the beginning and proves the saying that “constant repetition carries conviction.”

‘Take Off Mode’ LP is out now, order a copy from Planet Mu.