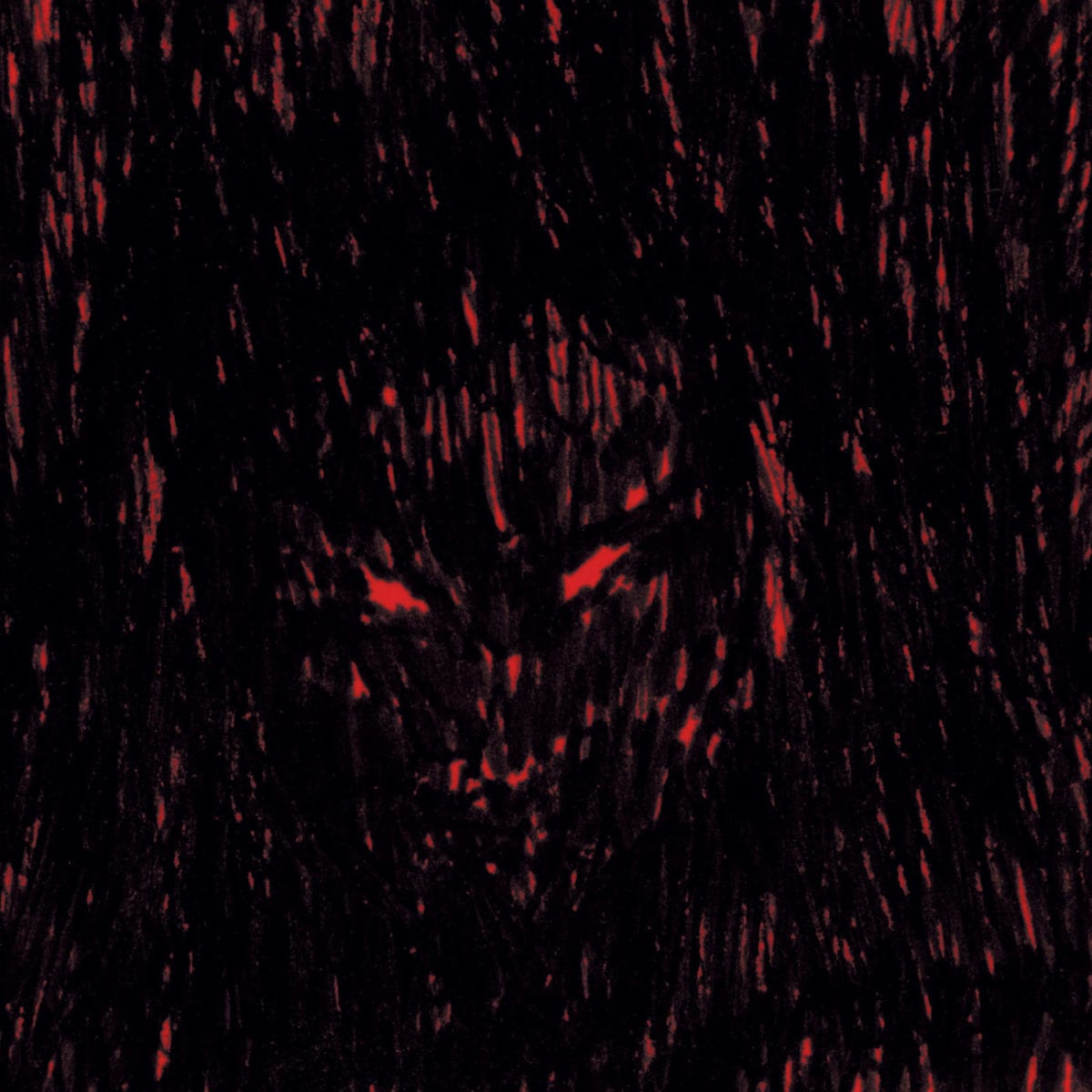 On the cover of DJ Richard’s latest album, Dies Iræ Xerox, an obscured demonic face peers from between thick black scribbles drawn in what looks like felt-tip marker. The subtly unsettling image makes for a fitting representation of the music inside – dark, foreboding and a little rough around the edges. Drawing threads from dark ambient, industrial and noise into a skewed dancefloor context, DJ Richard produces sounds that hum with a potent sense of disquiet, a pleasingly macabre vibe that seeps out from between the hi-hats.

It’s a sound he’s been continuously calibrating since his debut album ‘Grind‘, released in 2015, set the template for his shadowy aesthetic. That record, his first for German imprint Dial, directed his idiosyncratic style towards more explicitly dancefloor focused ends, shrouding tireless 4/4 patterns in obscured samples and darkwave synthesis. His latest record branches further out, expanding into alternate rhythmic territories while refining the dramatic mood and ominous tone that defines his music.

If ‘Grind’ was somewhat uncertain about it’s status as a house record, ‘Dies Iræ Xerox’ leaves no doubt that it’s something else entirely. Of the seven tracks that feature percussion, almost every one follows a low-to-mid-tempo thud, leaning more towards trip-hop and trap than the sprightly house that Dial is usually known for. “Pitfall” pits a gnarly, punkish halftime beat against a detuned arpeggio, set amid a background of air raid sirens and abrasive walls of distortion. It sets the tone almost immediately, exhibiting a no-fucks-given attitude (see: ‘Tunnel Stalker’) that continues the whole record through.

“Vanguard” picks up the pace, offering probably the most dancefloor ready cut of the album, but also the most salient nod to his 80’s darkwave influences – you can almost imagine a mascara-laden vocalist gloomily intoning lyrics in the background. The drum-focused tracks span a range of tempos, but all share a gratifyingly caustic crunch that sits perfectly against the decayed synthesizers beneath. There’s a satisfyingly unpolished quality to the sound design across the entire record that’s curiously refreshing in it’s burned-out decrepitude.

Almost half of the twelve tracks on Dies Iræ Xerox forego drums altogether, forming beatless set pieces that act like sonic seances, summoning ghostly atmospheres through sound. These expressive synth-led vignettes offer the purest dose of DJ Richard’s cinematic dramatism – they would sit comfortably on the soundtrack of a stylish neo-noir, so suffused are they with mystery and emotion.

The moods range from spellbinding tension ‘Crimson Curve’ to rousing poignance ‘Ancestral Helm’ to rarefied beauty ‘Dissolving World’, each possessing a distinct and unplaceable feeling of it’s own. They almost feel like separate scenes in a David Lynch movie, each one offering a different perspective on an enigmatic and inscrutable whole. Though the drum-led tracks are worth their salt, it’s these five ambient pieces that define the album’s tone and deliver its emotional payload, diffracting the producer’s unique sonic vision into a kaleidoscope of variations.

There’s always been a heart of darkness at the centre of DJ Richard’s music, and this latest record is no exception. He strikes a perfect balance between the expressive and the oppressive, conjuring a subtle sense of dread and suspense without falling into horror-show cliche or gothic pastiche. Dies Iræ Xerox is an anarchic record, not only in it’s brutalist sonics, but in its indifference to genre and disregard for consistency – compared to earlier works, it’s looser, freer and less bound by convention – but all the better for it.

Moving from goth-trap swagger to poignant ambience, from unholy techno to maniac beat experiments that barely cling to the grid, Dies Iræ Xerox is a chaotic record full of wild ideas bound close together by a unique vision.