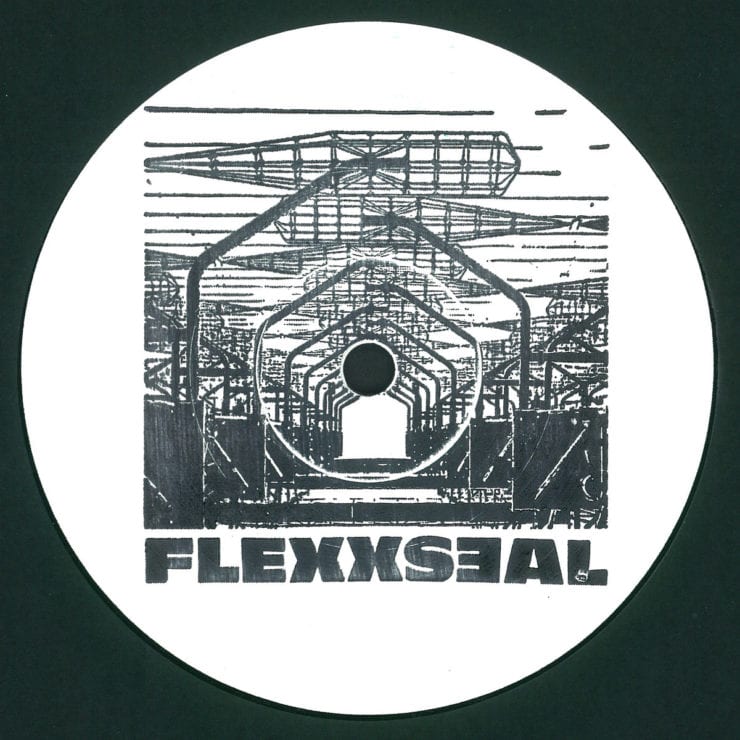 Having moved from an identifiable rhythmic signature to progressively ensconce in further experimental, droney territories where friendly silhouettes dissolve beyond screens of blurred-out FX and harsh distortions, the sound of US–based shape-shifter DJ Richard has known quite a few raw and radical phases before getting to where it is now: namely, a state of controlled confusion and Ballardian paranoia, brushed with a minimalistic but highly effective palette.

If painters such as Picasso captured in their own way a time of fracture and dismemberment, in other words, the very attempt to destroy the body as a way to reach for a people’s soul, DJ Richard is a portraitist of today’s impalpable anguishes and mystifying contradictions; and, in this regard, his latest instalment for Berlin’s Flexxseal may well be one of his finest and most essential pieces of work to date.

It all starts with ‘Critical Damage‘ – a trenchant, punk-minded opener that chews barbwire and spits razors. Fusing a nasty industrial stomp on a dubby flex with processed choirs and fragments of speech, the track makes for a schizophrenic listen – 30% ethereally soothing, 60% abrasive like a meat grinder on the lam and the other 10 percents leaving you anxious as to what kind of retribution the next bar holds within. A forceful, and rather intimidatingly pleasant way in.

‘Eraser‘ then gets the Bunker-style radials roaring as spacious synths deploy and envelope the sky in swathes of melancholic beauty. Yet again, the contrast is stark between the harmonious flights on one end, and the wilfully opaque scrambling and dicing manoeuvres that abruptly cut into the melody’s flesh throughout. A more linear affair zeroeing in on the atmosphere rather than the originality of its beat, ‘His Threshing Floor‘ goes full-on downtempo with a hint of post-apocalyptic hip-hop vibe, which makes it the perfect score for your ultimate trip to Satanville.

Rounding off the package on a much distinctively forward-pushing note, the heavily arpeggiated ‘Casca’s Theme‘ takes us on a totally epic Italo-tech rodeo that sounds like the very epitome of what DJ Richard is capable of when entering anyone else’s playground: smashing the competition to smithereens with a grin on the face and a matchstick in hand, ready to set the powder keg ablaze. Take it or leave it, but ‘Eraser‘ is a much necessary Molotov cocktail in the shop front of sclerosed dance music.

‘Eraser’ EP is out now vinyl format and  is scheduled for release in digital format on 25 October. Order a copy from Bandcamp.

A1. Critical Damage
A2. Eraser
B1. His Threshing Floor
B2. Casca’s Theme

Discover more about DJ Richard and Flexxseal on Inverted Audio.