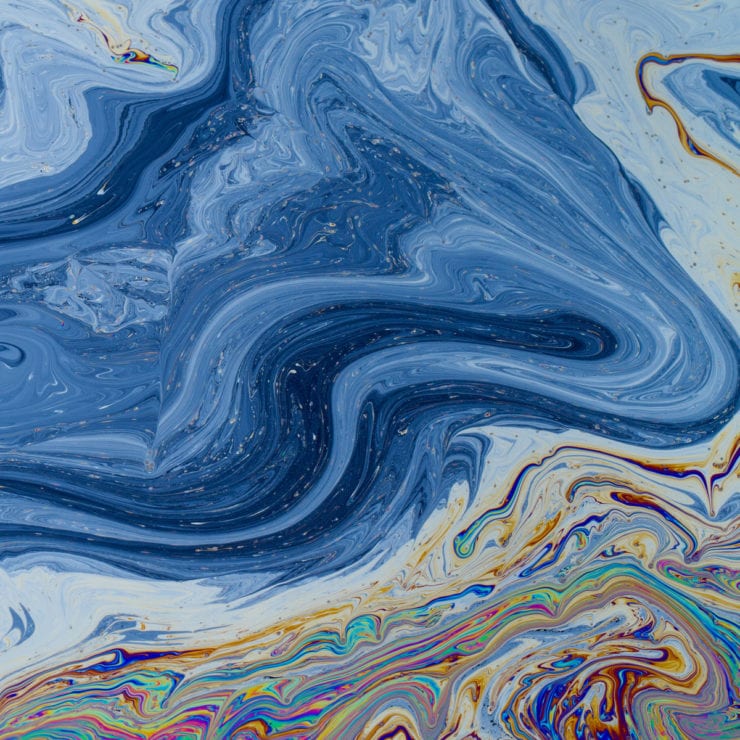 Some may not be aware of his background in neuroscience, yet Sam Shepherd’s music and accompanying visuals always seem to paint the spaces between cellular abstraction and the vivid imagery of a pictorial universe – of which his sound would be the anthem.

A specimen of all the best of Shepherd’s work to date, the steady build-up of ‘Crush‘ creates a ripple across all spectres of electronic experimentalism and, though no track exceeds the six-minute bar, the impressions they leave are everlasting. Indeed, ‘Crush‘ shows Floating Points in full possession of his art; a true master of his craft.

‘Falaise’ is a marriage of strings and glitchy synths, resembling a hybrid ballet symphony and setting the presidence for perfection on all levels. This precise melding of classicism and crackling electro is where Shepherd most excels, but there’s something other-worldly about this LP that echoes into the crevices of your past, present and future.

‘Les Alpx’ was released back in June, and gives the impression of not knowing quite how you’ve gotten along without it in your sound-bank to this point. A fierce drum beat keeps the track moving along as a spinning synth works its hypnotic self out, which Shepherd dredges with subtle techno tropes to generate a proper dance-fuelled rhythm.

If in Shepherd’s own words, the album is based on a series of “obtuse and aggressive sounding” improvised sets he played in support of a XX tour in 2017, the said “aggressive” side of his music lies more in his unparalleled talent for creating thrusting dynamics capable of taking us in a whole other dimension.

The music video for ‘Last Bloom’ – designed by Barcelona-based Hamil Industries – illustrates a psychedelic take on the organic textures of nature; a planet blooming into existence under what feels like a microscopic lens that bewitches the experience’s subject. Shepherd’s engrossing track fills an atmosphere that Aphex Twin wouldn’t disown, as the synth work wraps itself around his off-kilter drum programming in the most delicate manner.

Beginning with a darkened techno ambience, the introduction of synthetic orchestral tones gives ‘Anasickmodular’ further breath and scope, engulfing the listener in its pulsating universe. Similarly, on ‘Requiem for CS70 and Strings’, opaque, melodic synths would fit the heart-rending final sequence of a film like a glove – both instensely solemn and reflective.

The effects of fading, delicate refrains, coupled with a propensity for turning on the hard-hitting bass lines across make this LP nothing short of a hypnotic and compelling listen. As we are carried from each sound to the next in symbiotic motion, Shepherd brightly displays his clear curiosity for the boundaries of experimentation, so that we see and feel his genius in acute colour vision.

On the final two tracks, ‘Apoptose Pt.1′ and ‘2’, haunting keys entwine along with glitchy percussion and blurred-out basslines to create an environment in which we feel compelled to explore each moment with a lens, so that we might uncover some of the magic behind its construction. This might be exactly the Floating Points we all know and love, but Crush greets us with a blinding intensity quite unlike what we’ve heard before.

‘Crush’ is scheduled for release 18 October 2019 via Ninja Tune. Order a copy from Bandcamp.