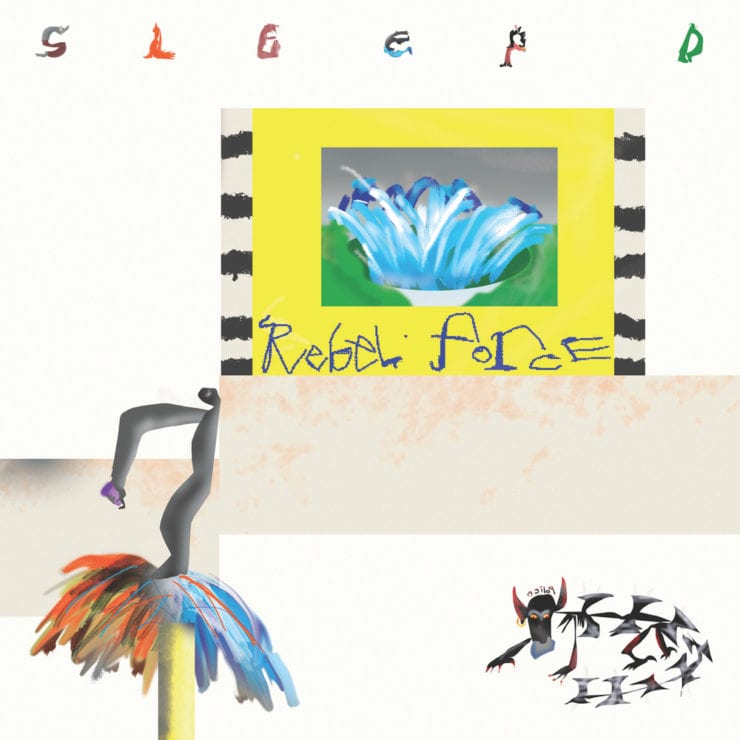 Something special seems to be happening on Anthony Naples and Jenny Slattery’s Incienso imprint. While there is little committed to the internet in terms of label ethos–very much ‘a let the music do the talking’ approach–there is certainly a strong synergy amongst a diverse set of releases.

When we covered 2017’s ‘Dulce Compañia‘ from DJ Python, there was a lot of complimentary chatter from Inverted Audio staff behind the scenes. One phrase cropped up that surmised ‘Dulce Compañia‘ rather succinctly was “well vibey.” Colloquial as that may be, vibe heavy is a mood that perfectly threads together Incienso’s genre agnostic approach.

To abstract this sentiment further, it is the warmth of an intimate sound system in a club, a wry smile between close friends, an evening with the dispensation of everyday stresses and without the spectre of night out anxiety. If you think that sounds all things endearing, then you would be absolutely right, and it is precisely the sensation you get when slipping into the debut LP from Sleep D, the pairing of Corey Kikos and Maryos Syawish.

‘Rebel Force‘ is no accident, even if the pairing–as stated in last week’s interview–did not set out to create a long player. The Melbourne scene has been heating up in recent years with the likes of Albrecht La’Brooy already breaking through. Over the last seven years, Corey and Maryos have been establishing a presence and kaleidoscopic approach to genre, carefully picking their way to success.

While listening to ‘Rebel Force‘, you feel thirty or forty years of dance music culture being drawn upon and respectfully woven together. You may have already stopped off at our premiere of early album highlight ‘Danza Mart‘, which beguiles with a splintered up ‘Think’ break and an unexpected swerve into classic acid, and have had your appetite whetted. Well, you’ll be happy to find out that this pick ‘n’ mix approach continues throughout the rest of the album.

‘Central‘ and ‘Special Sector‘ straddles classic electro and the wares of Bushwacka’s late nineties Plank! Label, with the rubbery bass, sharp 909 hats and tumbling triplet snares. At the other end of the intensity scale is some considered chug with ‘Fade Away‘ and ‘Twin Turbo‘, whose low tempo disguises their dance floor credentials with the former swirling from a low key groove into hypnotic psychedelia and the latter being all things robotic in nature, sparks flying and metal grinding.

There is a strength in ‘Rebel Force‘ that most albums cannot achieve. There are those albums that sit together as a complete work, demanding a strictly linear journey through with which to experience the maximum impact. Then there the ones that quickly settle into a handful of select favourite ear-worms, that your own anticipation cannot help skip to instinctively. ‘Rebel Force‘ somehow manages to be both. Intense gratification on the days spent solely wearing down the grooves on ‘Danza Mart‘ or ‘Fade Away‘, and blissful appreciation as you weave from the sunrise progressive of opener ‘Red Rock (IV Mix)‘ before ending up at the classic Sasha-esque melodies of closer ‘Pearlescent Skies‘ in the apparent blink of an eye.

‘Rebel Force’ is scheduled for release via Incienso on 18th October. Order a copy from Juno.

Discover more about Sleep D and Incienso on Inverted Audio.