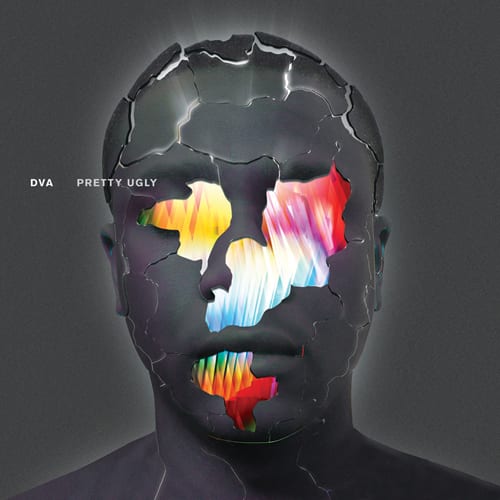 A big pin in every right, Leon ‘Scratcha DVA’ Smart has been an important cog in the revolutionary Rinse FM wheel for some time now. Add to that the label that’s releasing his debut full length, Hyperdub, and you have an event worth penning into your diary.

Befitting DVA’s long-standing grime interests, most tracks on Pretty Ugly wrestle between the energetic and the controlled. His cold, dark, masculine sensibility from grime is counterbalanced delicately with rays of speckled sunshine that seep through the cracks on tracks like ‘The Big 5ive’, creating a soulful harmony that remains at the heart of the album for the duration of its running time.

The album’s overall complexity is tempered primarily by its fluency and capability to wash over the ears in a satisfying wave of sound thanks in no small part to its R&B soft stylings and layers. Even with tracks like ‘Bare Fuzz’ that is carried by tribal 4 X 4 drum beats, there remains a sense of calm and warmth, an aesthetic that is appropriated within the artwork; stony exterior breaking free to reveal a blanched, dazzling interior.

It would be futile to simply list all of the genre pies into which DVA dips his inquisitive fingers, such is his seamlessly dextrous knowledge of multiple estranged genres. Having said that, DVA’s au fait tastes are namely grime and funky, but such is the subtlety on show, the tracks are never overpowered by these principal influences; they merely blend into the overall soundscape, one string to an eclectic bow of textures. The heady, cloud-rap beat on ‘Eye Know’ is an obvious highlight, a perfect example of DVA’s decision to include predominantly female vocals across the record. The scattershot percussion adds a layer of light complexity whilst retaining an air of dark spacious distance between the vocal line and the listener’s ear.

Such are the peaks, there are inevitably some weaker moments. As silky smooth as Vikter Duplaix’s vocals may be, it doesn’t prevent ‘Madness’ from sounding like s SBTRKT b-side whilst ‘Polyphonic Dreams’ struggles to find a happy medium between club banger and easy home listening. Perhaps unsurprisingly, it is Fatima who stands head and shoulders above the rest of the vocal pack. With Floating Points among the producers she has already collaborated with on her Follow You EP, she soars above the throbbing bassline and drum kicks present on ‘Just Vybe’.

Whether DVA intended this album to cross so smoothly into pop dance territory is debatable, but the ease with which he carries it can be nothing but an accolade to his distinguished production skill. Above all, Pretty Ugly represents an album for a generation, a time capsule in an era of austerity whose overriding sensation is one of fun and enjoyment and not taking itself too seriously. Rinse goes pop? Could hardly have sounded much better.