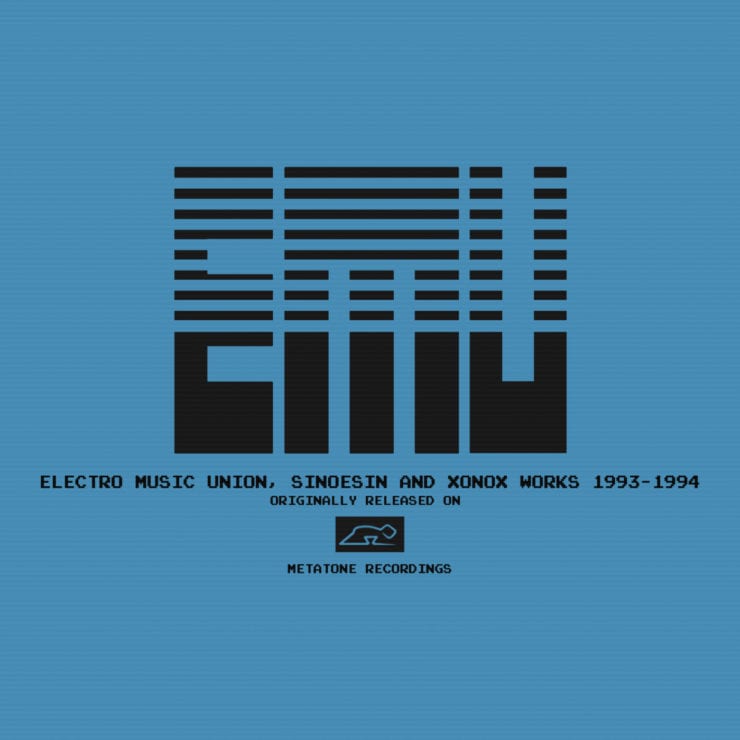 A delightful offering for those who have pummelled the depths of Discog’s in search for any output from J.M. Adkins, the mastermind behind E.M.U., Sinoesin and Xonox. Together with Damon D’cruz, from the Jack Trax fame, they formed the short lived but highly sought after label Metatone. With releases spanning from acid trance-like techno to ambient electro, the UK-based imprint left a serious mark despite just a two year run in the mid 90s.

Out of the six releases from the label, this compilation brings to light four of them in exquisite fashion. Each alias of Adkins withholds its own sound — what that sound is might be a little harder to pin down, as Adkins masterfully blends elements of house, Detroit-infused electro and ambient techno into one, creating timeless work.

As E.M.U’s track ‘Descent’ weaves its electro spine through stark atmospheres, both bleak and soaring, Sinoesin’s ‘Angels of Attitude Part 2′ compliments with soft, groovy resonate chords swooning over a spacey 101 bass line. Adkins playfully laments with lush major-key-chords and polyrhythmic bongos over top in Xonox’s ‘Transmission’, all of which amount to a diaspora of emotions that make this such a cherished underground relic.

No better testament to this emotionally-driven work than E.M.U’s ‘Structures 4′. The bouncing melodic sequence rises above the melting acid droplets and into an irresistible deep sea voyage. Immersed in the waves, the commanding chord changes take the listener through a guided tour of hypnotism only quintessential 90’s techno can do.

Considering the era, the emphasis on equipment used cannot go unmentioned. What we would consider today as the coveted, near priceless, pieces of Roland gear, centred the groundwork for each piece of work in the collection. The colloquial use of a stripped down or a minimal set up may be in common use, but this was when they were commonplace for any techno and house producer, and it’s these essential tools that Adkins utilises with absolute command.

It should not be too much of a stretch to argue this seminal work as a progression in laying the tarmac out for artists like Legowelt and Lost Trax to gracefully follow. But there is no doubt in the profound depth of the unmatched nostalgia of Adkins’ productions. There are few bigger thrills for crate-diggers than rediscovering pieces of seminal work that slam just as hard today as they did then, and ‘Electro Music Union’ is certainly one of them. And thanks to Cold Blow and AVA Records we have this reissue to remind us that classic work like this will not be overshadowed by time.

Discover more about E.M.U. and AVA. Records on Inverted Audio.