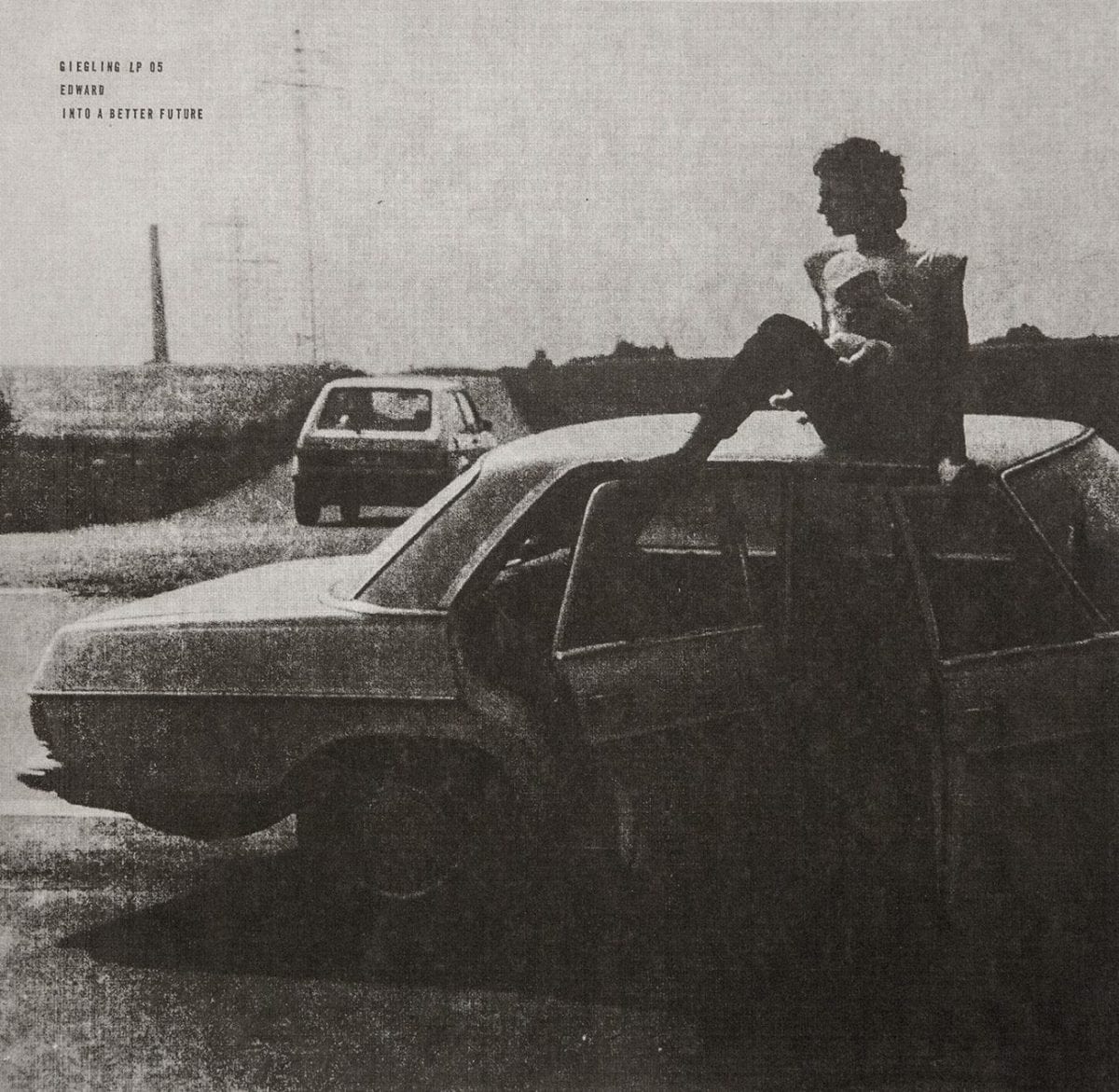 Giegling have been picking up some serious props of late with both Resident Advisor and XLR8R dedicating full features to the label. It’s about time too as their smudged deep techy aesthetic is already a buy on sight alone for the discerning fan. Not just to avoid (or join) the Discogs hype surrounding Giegling and offshoot label ‘Forum‘ output, but also because, well, the music happens to be consistently brilliant.

You will no doubt be familiar with that moment when a crowd is held by the sway of a DJ clearly mixing two tracks together – building something new, generating anticipation for the next moment. Much of “Into a Better Future” feels precisely like that moment. Perhaps it’s because there’s so much going on here, like the jumble of sounds that loosely holds together opener ‘Let’s Go‘ and the following ‘Yes‘. Perhaps it’s the deft matching of all that incongruous audio on titular track ‘Into a Better Future‘. Whatever it is, it will make you want to hear these tracks in a dingy, off kilter club.

‘Skating Beats‘ takes the DJ theory further with a sharp cross fader cut effect dropping tubular synth riffs against staccato sample stabs. There’s even a filter sweep on the driving bass of the breaksy ‘Hecstatic‘ – something many producers leave to the DJs yet for Giegling acts (Traumprinz also employs the technique) it feels like a decisive ‘hands off – we’re in control’.

You can’t help but love Aiken’s unabashed use of the ‘loon’ on ‘At Ease‘ – the synthesised bird call that’s been threading its way through dance music since ‘Sueno Latino‘ and ‘Pacific State‘. (For a full blown account on ‘loon’ history head across to Philip Sherburn’s Pitchfork piece on the matter). And how better to round things off than with the spacey melodic breaks of ‘Miracel Steps‘?

Yet another clever blinder from the Giegling stable, and continued high quality work from Edward to back up an already solid discography (check out ‘A Piece of Us‘ and ‘Slipslow‘ for starters). We look forward to more from both label and artist.

‘Into A Better Future’ is out now, order a vinyl copy from Juno.

Discover more about Edward and Giegling on Inverted Audio.