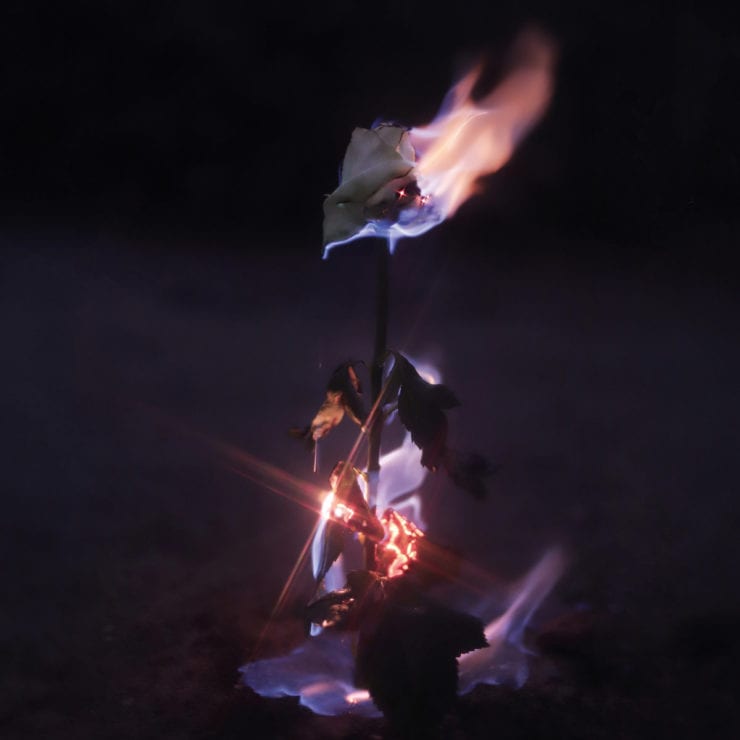 Farwarmth’s debut release on Planet Mu sees the Portuguese artist exploring the static possibilities of ambient noise and the existential release that comes through collaboration. Working within genre-less universes, Alfonso Ferreira’s sound could be said to sit somewhere between the sweeping ambience of Fennesz and the intuition of Tim Hecker.

Crafted over four years, the album radiates with a lucid warmth, much like his previous poetic full-length ‘IMMEASURABLE HEAVEN‘, which examined the relationship between the cosmological and the earthly through breathless noise soundscapes. Texturally vivid, Farwarmth’s latest venture involves processing and rendering source material to shape remote landscapes of sound.

Composed using family and friend’s improvised musings on the cello, flute, and accordion alongside himself on keyboards, ensuing a sense of collective connection. The result is a warped recycling of instrumentals played by those close to him, decidedly more ambitious than his last album, and epic in scope.

These subtle emotions bubble to the surface, created through a concentrated manipulation in order to return to an original moment or feeling. Ferreira aims to re-work sonic capabilities to reach a higher understanding, combining acoustics with blended distortion.

Shard-like chords are carved and stretched alongside eerie melodies on the foreboding opener ‘Shadows In The Air’, projecting an energy that glimmers throughout, especially on the chord blaster ‘Below The White Sky’. The tracks themselves are grandiose in scale and often in length perhaps in order to reach some kind of equilibrium, with most passing the 7-minute mark. All the track titles refer to Ferreira’s solitary beach walks near his home in Lisbon, where winter refuses to pass.

Wounded flutes over waves of distortion on ‘Sunlit Mirroring’ evoke a faraway beauty, whereas the blipped chaos on ‘Across The Black Sand’ is almost reminiscent of Oneohtrix Point Never’s more experimental productions. The breaks in the songs where only a brush of static is heard is strangely moving; possibly a trick from the artist for contemplation. The raw presence of the acoustic instruments is truly felt on ‘Into The Gray Sea’, threaded together in an alien pattern. ‘To Heft The Weight Of Memory’ is the most memorable, a fragmented journey which builds into a stirring wall of sound, whilst the cello’s fundamental intensity is twisted on the monumental closing track ‘Shadows Through Time’.

‘Momentary Glow‘ successfully speaks to the meaning and power of sonic layering, and the power of connections. Venturing into the unknown is something Ferreira welcomes in his projects, and something we hope he continues to explore in as gripping a way as this.

‘Momentary Glow’ is scheduled for release 3 April on Planet Mu. Order a copy from Bandcamp.

1. Shadows In The Air
2. Below The White Sky
3. Across The Black Sand
4. Into The Grey Sea
5. To Heft The Weight Of Memory
6. Sunlit Mirroring
7. Shadows Through Time