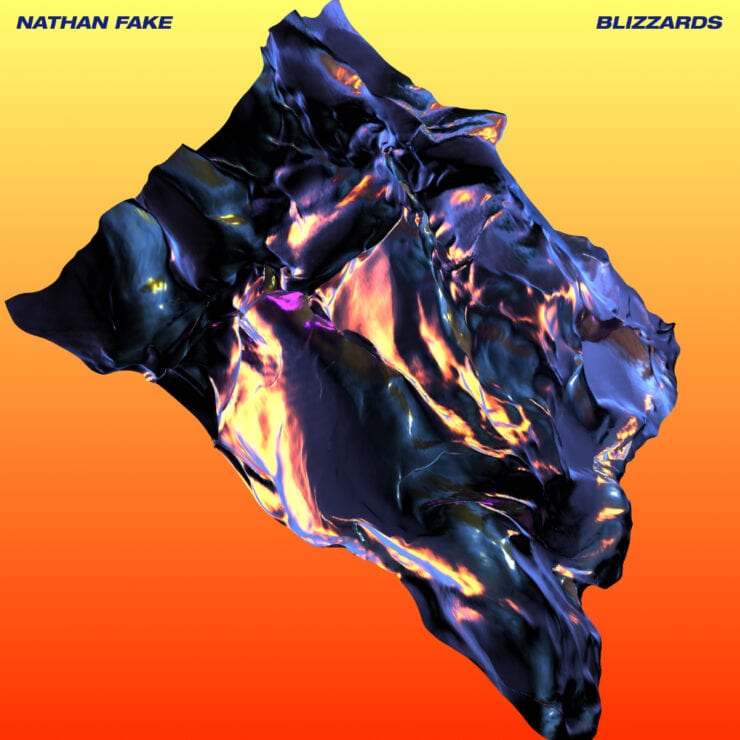 Nathan Fake’s previous album ‘Providence‘ was born out of necessity. Released during a purple patch for Ninja Tune’s grand foray into cutting edge electronic music, ‘Providence‘ was a construct to free Fake from a blight of writers block. Its concept was to take the classic – and now abandoned – synths behind a majority of 90’s electronica, and attempt to wrest them into modern day contemporary territories.

A return to Cambria Instruments, the label he founded with fellow Border Community alumni Wesley Matsell, also sees a return to a more familiar sonic template, moving away from the dense textures of ‘Providence‘ back towards the nervous energy of 2012’s ‘Steam Days‘.

Energy is a key component to ‘Blizzards‘, with the tracks on the album stripped back to be performed on a lean setup, live and in one take. This makes sense – the approach does not suffer the obsessive critic that fortifies writers block, stifling spontaneity, and creates individual pieces of music that burn with the intensity of a struck match. Leading track “Cry Me A Blizzard” sets expectations perfectly, when the track just suddenly ceases after a mesmerising waltz of audio that precedes it.

As you press through the album – rewinding back to experience moments like the head-banging “Stepping Stone”, the tectonic merging disco claps and frayed arpeggios of “Vectra” or the clever ascending octaves of “Firmament” – you reflect on the unique craftsmanship that Nathan Fake has brought over the years. In some ways, he is a hologram.

Vanguards of the genre have found elements of their sound assimilated – be it Aphex Twin’s lullaby melodies, Autechre’s intricate glitches, or the entire scene that has formed around replicating Boards Of Canada’s glory days. There is no facsimile possible here, with Fake so unique and elusive in his construction that mimicry would be as futile as attempting to reconstruct an exact snowflake by hand from a drop of water. Pearlescent and mercurial, ‘Blizzards‘ is the embodiment of electronic music.

‘Blizzards’ is scheduled for digital release 3 April, vinyl scheduled for 17 April via Cambria Instruments. Album artwork by 555-5555. Photo by Laura Lewis. Order a copy from Bandcamp.