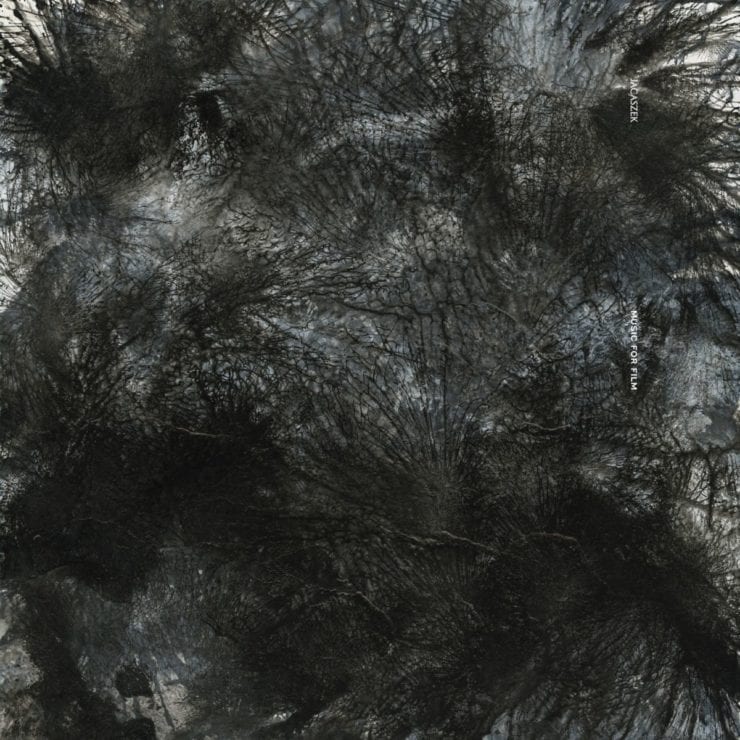 Film music offers fruitful new ground for those in the electronic music community, and over the next few months we will see several established producers showcase their first forays into the medium. Laurel Halo will release the results of her first film score ‘Possessed‘  as a standalone LP, and Max Abysmal and Identified Patient are both set to feature on the second instalment of Dekmantel’s Scores series.

Michal Jacaszek, however, is a seasoned veteran when it comes to cinematic composition. His latest album on Ghostly International, ‘Music for Film’, compiles a selection of pieces drawn from several of his scoring projects: Rainer Sarnet’s 2017 Film, ‘November’; a 2019 documentary, ’He Dreams of Giants’;  and the 2008 Polish TV series, ‘Golgota Wrocklawska’.

Using electronic effects, Jacaszek subtly pushes against the natural possibilities of each instrument. On the Nils Frahm-sounding ‘The Iron Bridge’, electronics constantly distort the organic timbres and inflections of the haunting voice; one moment, it quietly quivers, the next, its long notes ring out as if in a cathedral. On ‘Dance’, distortion tears apart the piano samples like splintering wood. This is one of several rare moments of transgression. Jacaszek usually works so hard to maintain the delicate balance between acoustic and electronic. Here he disrupts it.

Considering the time span and the aesthetic differences separating the projects on the LP (a film, a documentary and a TV drama offer very different avenues for cinematic creativity), ‘Music for Film’ is surprisingly cohesive. Jacaszek obviously has a go-to approach when constructing his music, and this is one of the main reasons why the album gels so well.

Quiet, circular chord progressions and melodic fragments are slowly layered up with ambient textures, passionate, elongated string lines, and delicate melodic decorations. ‘November Early’, ‘Dance’, ‘Liina’, ‘The Zone’ and ‘November Late’ all use a similarly solemn, pizzicato bassline as their starting point, tying the pieces together even more closely.

I only wish there were more offerings like ‘Christ Blood Theme’, a visceral feast of sound and texture that will dispel any reservations about the inventiveness of this album. Voices drenched in reverb swirl around, bathing in dissonance, as sonorous drones from the strings, organ and electronics slowly intensify.

The Polish composer demonstrates a uniquely wide set of influences here, encompassing both avant-garde Sonorism and contemporary film scoring. Penderecki and Ligeti particularly spring to mind, as does Arvo Part. In turbulent times such as our own, this piece should be prescribed to soothe the soul.

‘Music for Film’ is out now on Ghostly International. Order a copy from Bandcamp.