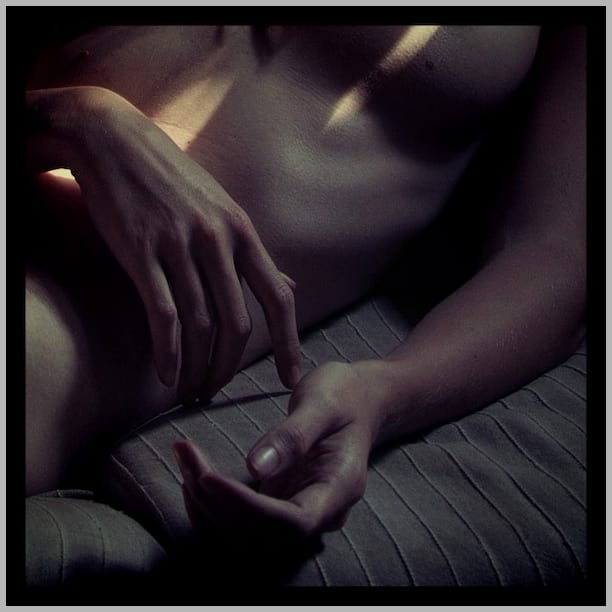 There’s little known about the Helsinki based duo Femme En Fourrure. Their debut album, titled after almost everyone’s dream of a female figure, has strong resonances of lust and sexuality; music wise it combines sensual deep house with post-trap weirdness. The result is a risky affair, yet it works brilliantly – not just in some parts, but as a whole album. Sometimes I think, 36-26-36 is what artists like Luomo would do, if he’d want to experiment with new styles in the current state of forward-thinking electronic music.

The tracks’ formula is usually quite simple: lascivious vocals flirt with silky electronic sounds. Neither elements dominate, instead they complete each other in perfect harmony. Take for instance Letter To My Brother, easily the record’s mellowest piece: thick beats on a slower tempo meet with suave electronics and synths, while a male vocal keeps saying “it’s hard to breathe”, with a gentle touch. The same applies for Cleopatra, but the setting in this case is more soft and feminine.

A late night or early morning mood is steeped within this album, recalling the journey to home from a club after a heavy set or the beginning of an afterparty at an intimate venue. Golden Sssh and Aids are good lightweight bangers for a tired body; they aren’t accelerating through midtempo, making the beats secondary, and put more effort to the garnishing sounds and effects. Nice to observe, that the 4/4s aren’t limiting Femme En Fourrure’s vision of direction: a lot of the time they change straight rhythms to broken beats and vice versa, which makes the tracks more adventurous and dynamic. In 2003 one can hear a short, but well-placed breakbeat tribal drumming in the breakdown, and after the vocal ends, the music shifts back to its sweaty jacking mode.

While 36-26-36’s main roots can be found in house territory, the album often becomes quite sinister, and speaking in style, the music adapts to it’s themes. For example, Pretty Boy is pretty confusing, especially with its video: lots of transsexuals shaking their asses in lingerie in an abandoned parking lot. Monochrome post-trap music accompanies the scene with a whispering vocal, and around ⅔ of it’s running time, a warm synthline highlights the track’s dark background. Watcher is another fine case for Femme En Fourrure’s thought-provoking sound: rhythmically it stays in the same territory as Pretty Boy, but this is a sensibly slower take on exploring the depths and darkness of post-trap, which gets more and more sense as the context is becoming stranger.

What I find really valuable in this record is the ability to let its tracks be outstanding on their own, but together they also reveal a bigger, coherent concept at the same time. Femme En Fourrure expertly mixes distant styles, by wondering into surreal areas, yet also acting safe when needed, in order to maintain a healthy balance. Though may not everyone like the repertoire and themes showcased, it’s clear that the duo presents 36-26-36 as unique and as accessible as possible. If you are into these ideas, then you should get this record, because it is already becoming an incomprehensibly undiscovered hidden gem.