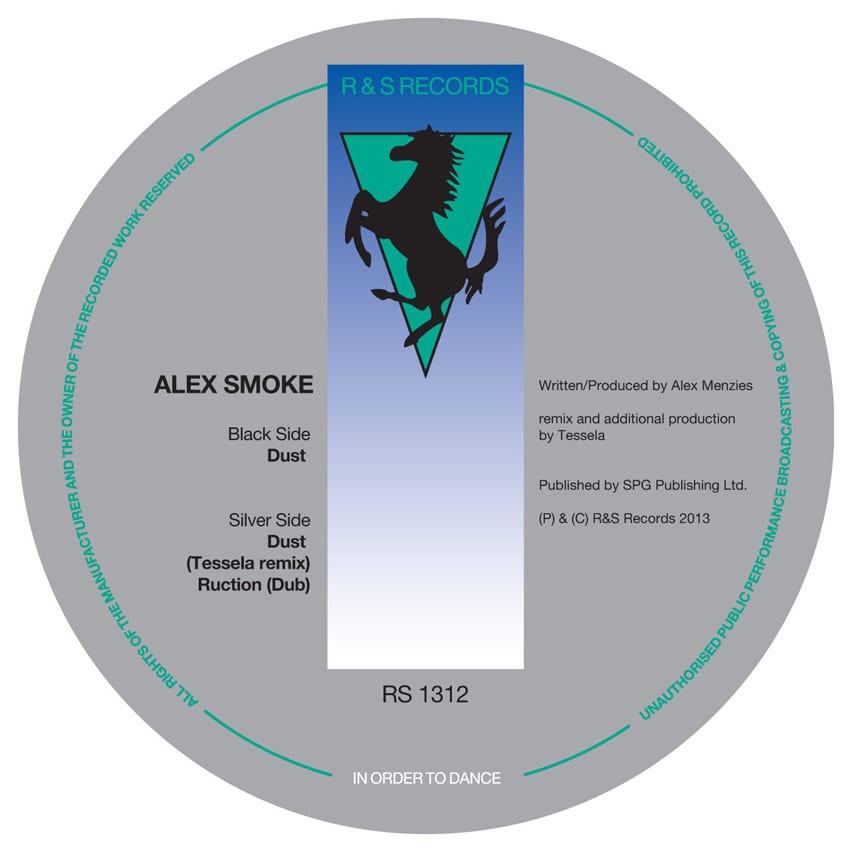 Sometimes a break can do wonders, just stop off at Boards Of Canada or James Holden’s albums for proof. With an enforced hiatus due to the rigours of the touring circuit exacerbating health issues, Alex Smoke recently returned to the fray under the moniker of Wraetlic. Fused with an angular experimental sound, reminiscent of pre-Confield Autechre, it signalled a divergence from his signature emo-techno sound of old.

As if cementing this return with a nod of approval, the diversely electronic R&S have offered themselves up as a home for a release. “Dust” mirrors Smoke’s Wraetlic works, eschewing the standard techno kick in favour of ping pong percussion. As for tone, if you think of a middle ground existing between the misty atmospheres of Burial and the heart rendering dub blues of James Blake, then you are halfway there. Continuing with this motif, “Ruction (Dub)” adds a weighty sub to the mix, earthing the unresolved mood of “Dust”.

Providing support for the pair is the Tessela reworking of “Dust”, which is attracting a serious amount of plaudits. This isn’t without reason; with a dark rave revival in full swing through the likes of Tessela’s own works and Paul Woolford’s Special Request project, this remix is firmly on point. Switching between dub and uptempo phases, rasping basslines and shards of classic breaks sear the surface of your eardrums. When a false ending fades from view, accompanied by the melancholic burble of Smoke’s effected vocals, the unexpected and rapturous return of the bass will have you tearing down the walls.

Tessela’s touch on this release is a talking point without doubt, but it is important to remember the quality of the original pieces. After the dust settles, forgiving the pun, the return of Alex Smoke with a new focus is paying dividends, and bodes well for a new chapter in one of techno’s more unique producers.