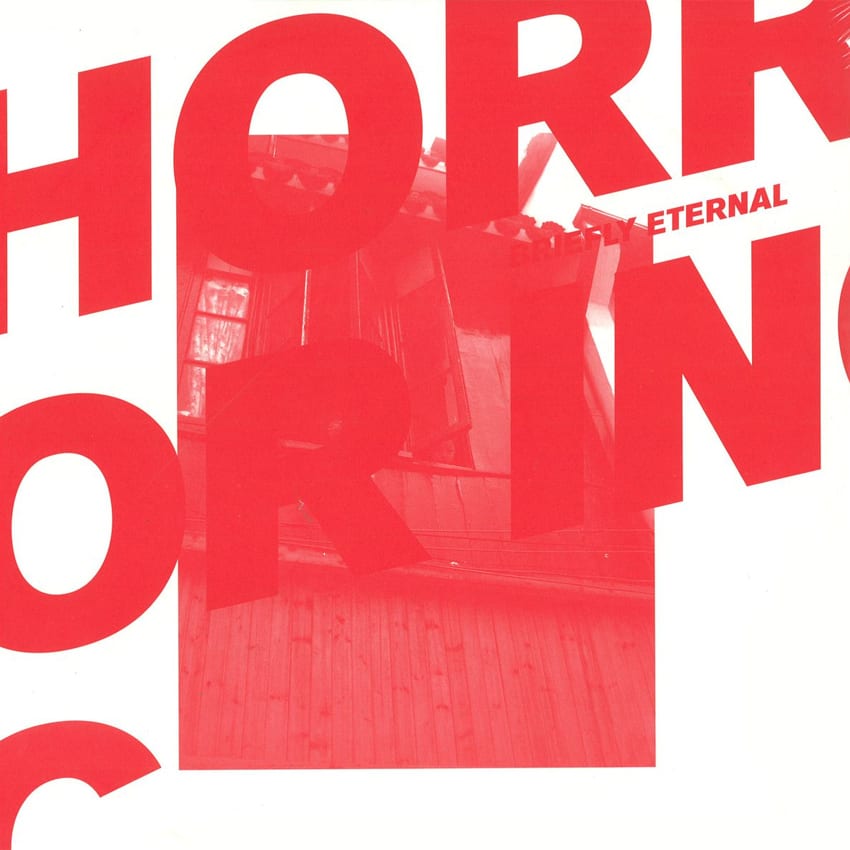 While many producers conform to prevailing trends, whether consciously or not, there are always others who cannot help but occupy a space outside of ‘what’s cool’. Today’s house scene values two distinct styles: big-room and lo-fi, and anything else is less likely to attract attention. So Briefly Eternal, the new album by Canadian Marc Leclair, has received relatively little press since its release in July. Yet to ignore this album would be a crying shame: for here Leclair, better known as pioneering house producer Akufen, dusts off his melodic Horror Inc alias for a remarkably accomplished album. Briefly Eternal nestles right into Perlon’s minimal catalogue, a tasteful journey through cinematic house-craft, packed with beautiful instrumental samples and drama to spare.

These extended samples are really what makes this release stand out. We know that Leclair is a highly accomplished producer who can edit drums with microscopic precision, but it’s rare that he has allowed a fuller sense of musicality to emerge in his music. On Briefly Eternal his compositional ability is allowed to shine out, as 4/4s and breakbeats pave the way for lush instrumental samples, from double bass to keys to saxophone, which instil each composition with a richly textured, twilit beauty.

The album is loosely mixed, each track coming to a clear conclusion yet still blending rather seamlessly into the next, thanks to a continued drum pattern or melodic flourish. It all comes across like the score to a film set in an old manor house, the music shifting subtly as you move from the candle-lit drawing room to the garden at dusk. One thing which ensures this intimacy between listener and instrumentation is the fidelity of the recording: Leclair’s samples have the subtle textures of a live performance, as fine details within the sound emerge organically across the recording. Opener Phowa is a perfect example of the involving nature of Leclair’s sound – nearly four minutes of taut ambience and canny samples suddenly give on to a clattering breakbeat, a dramatic shift which makes the drowned chords and bass riffs stand out all the more, suddenly gifted a driving momentum.

There’s something of parlour music to this release, yet attributing the samples, or even the album itself to particular point in musical history would be futile. There’s a timelessness present in Horror Inc’s productions, made clear by the fact that the twinkling suite from Dans La Nuit to The Sentinel was all previously released on Horror Inc EPs. It speaks volumes that with only a few subtle re-adjustments the tracks not only fluidly cohere with the newer material, but that they actually make up its most compelling musical sequence.

While a lot of the album’s sounds and textures are re-explored throughout Briefly Eternal, almost every track holds something new for the listener, whether it be the unexpected jazz chords at the close of Mourning or the brief vocal, perfectly placed in I Can’t Look At You. Yet Briefly Eternal works best as a whole, listened to from start to finish, a triumph of extraordinary precision and restrained soulfulness which proves deeply rewarding over repeated listens.

As with any work, there are complaints which could be levelled at Briefly Eternal. Perhaps it leans a little to heavily on a familiar sound-palette, but when the music is processed and arranged so beautifully it’s hard to care. There’s a distinct quality of emotional restraint here, the sentiments of the album are kept at a distance. This proves to be one of its strongest assets – in an age where every producer wants to reach out and touch the hearts of its audience, Leclair’s latest sits there, confident in its quiet quality and impeccable taste, waiting for you to come to it.