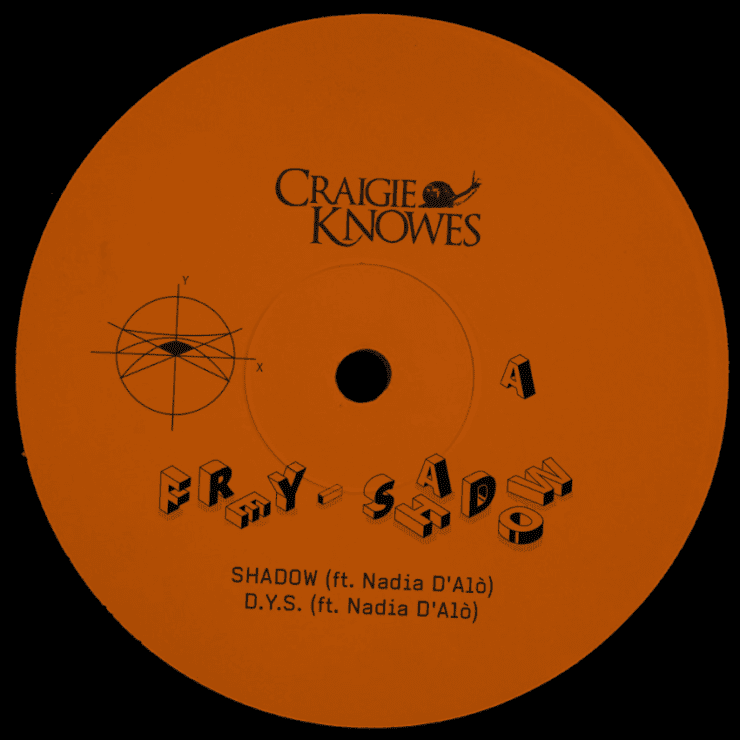 Over the past five years, Cragie Knowes have released many different shades of dance music. Much of the Glasgow-based imprint’s sonic smorgasbord has felt indebted to the nineties, which is also true of their latest release, a three-track EP from Benedikt Frey, the first release under his Frey moniker.

Taking cues from jungle and early iterations of drum and bass, raw breakbeat chops and growling basslines are a constant on ‘Shadow’. Both the title track and ‘D.Y.S.’ feature the vocal talents of Nadia D’Alò, whose haunting performances make for the perfect accompaniment to the eyes down sensibility of the two A-side cuts.

On the flip, ‘PI’ picks up the pace slightly, an addictive vocal sample interwoven with snatches of piano and other bits of canny sampling. It’s a devastating breakbeat trip and, of the three tracks on this release, the one that has the rave most clearly in its sights.

The past few years have seen a spate of releases, if not simply emulating, at least heavily informed by electronic music from the early to mid-1990s. Jungle releases particularly can often come across as mere historical mimicry rather than music clearly situated in the 21st Century.

That said, rather than trying to rewrite the junglist rulebook or engage in the hyper-spliced breakbeat science championed by Kid Lib, Sully et al, Frey shows that an EP that might be considered revivalist in some senses can still be hugely enjoyable, even 25 years after the genre’s foundations were laid.

‘Shadow’ is scheduled for release 21 September via Craigie Knowes. Order a copy from Juno.