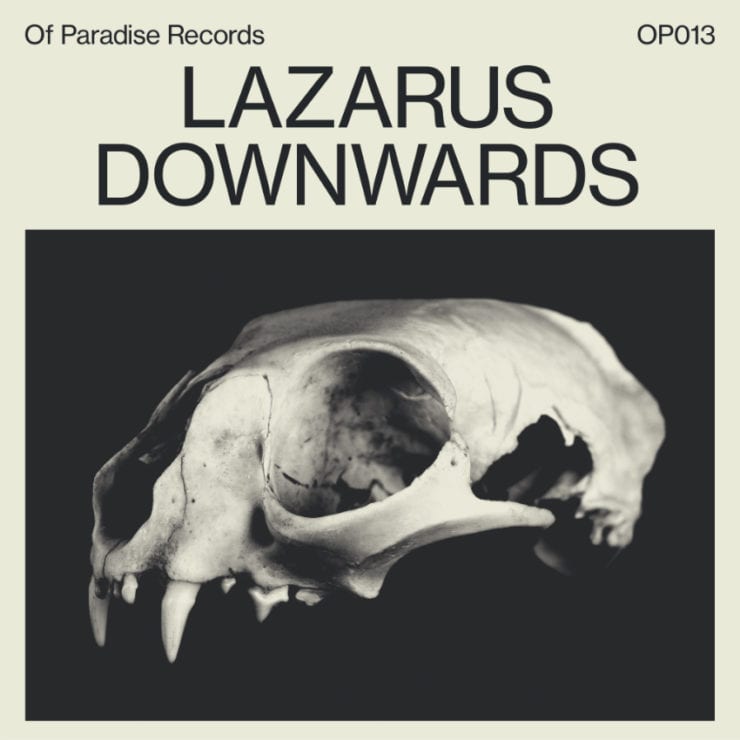 There isn’t a huge amount of info online about Nuremberg producer Lazarus, but it’s clear he’s done some time on dark dance floors – or, at least, clocked in some hours at some Minecraft raves. He released a 12” in 2018, has appeared on digital compilations for Of Paradise previously and he returns here with his wax debut for the London-based label. The producer now steps up to offer four tomes of Berghain soldered techno that come crashing into the end of summer like golf-ball sized hail walking out of Friedrichshain station.

The first thing you’ll notice about this record is the kicks. Colossal and meaty but with the type of precision that calls to mind Shed in destruction mode. ‘Downwards’, for example, is able to produce the type of mechanic funk common to Shed’s low-ends, even if the anxious reverb on the choral pads does mean that the track might take itself just a bit too seriously. ‘There is No Meaning’ (despite the heavy-handed title) is a bit lighter on its feet, with the chords balancing the PH levels like a fine splash of Alka Seltzer.

We get a taste of Lazarus’s penchant for melody when he leaves behind the 4/4 tempos. We see this on closer, ‘Conjunct’, but he really comes into his own on A2, the track we are excited to premier, ‘Back One Eighty’. A stumbling breakbeat wanders drunkenly under a synthline that, while still icy and austere, has little glimmers of hope flecked throughout. It’s the type of bottom-heavy cloudspotting that Skee Mask does well with bass hits exploding like landmines in the chest cavity.

‘Downwards’ is scheduled for release 11 September via Of Paradise. Order a copy from Bandcamp.

A1. Downwards
A2. Back One Eighty
B1. There Is No Meaning
B2. Conjunct