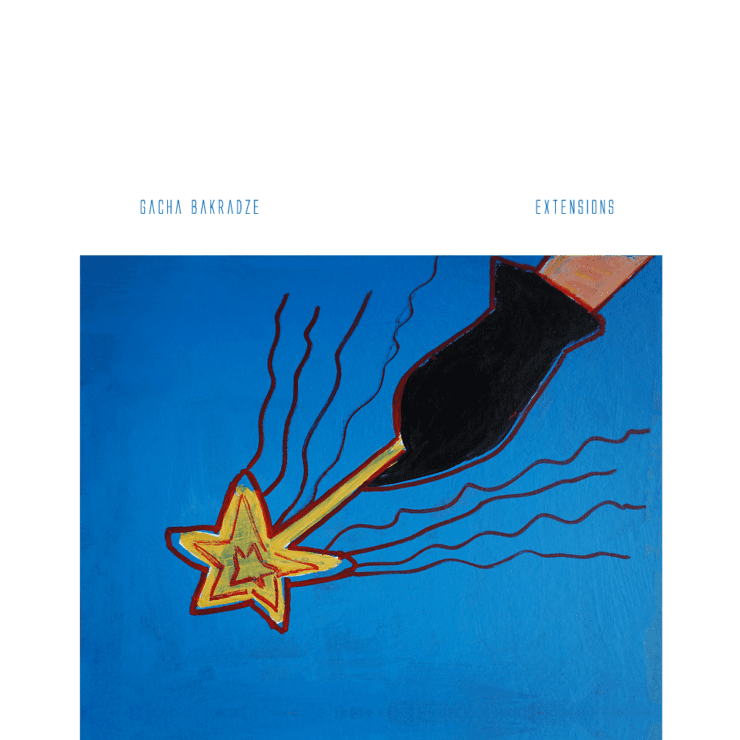 Tbilisi is fertile ground for electronic music, and the scene there continues to flourish despite a myriad of political and social obstacles, most notably Georgia’s repressive drug policy. Leading the charge in the capital is Bassiani, an acclaimed, progressive club that draws from the Berghain model with its two distinct rooms and in-house label.

2019 marked the birth of Bassiani’s sub-label, Horoom, which derives its name from the club’s upstairs area. So far, Horoom has orientated itself toward deep house, releasing work by Hamatsuki, Francis Harris, and the prolific Marquis Hawkes. In the spirit of Bassiani’s inclusivity, Horoom moves in a radically different direction with its third extended player ‘Extensions‘ by Gacha Bakradze, a Tbilisi native whose recent music has featured on Barcelona’s Lapsus Records, London-based Anjunadeep, and Germany’s Fever AM.

‘Extensions‘ pushes breakbeat to the forefront of a techno and IDM-flavoured sound, which Bakradze explored so eloquently on his latest release ‘Monument‘. This deft genre blend finds perfect equilibrium on ‘Elevate‘, which heats things up nicely with steadily chugging breaks, subtle dub techno accents and a trancey synth. Bird calls and gentle pads, floating like halos, hint at a place more exotic: a paradise.

As the captivating artwork intimates, there is more than a hint of sorcery on this EP. Bakradze creates music that feels alive: each piece becomes a living, breathing organic entity, continually morphing and surprising. ‘Toulouse‘ is a fine example of this production magic. After opening with contemporary musique concrete, the tone darkens and the energy rises with robust drums and gurgling bass. Fluid, glassy synths unveil a novel – almost Cubist – perspective on the same sounds. The angle shifts again in the ambient coda, which eases the tension and puts everything to rest.

Paradoxically, Bakradze’s four-track offering also feels cold and detached, like an android or a lifeless museum specimen. Take ‘Employee‘ for instance, a mechanised affair where synth bleeps rise and fall like an erratic heart monitor, robotic growls slice and protrude, and a meaty bassline imposes itself with production line rigidity. Yet even ‘Employee‘ eventually finds a new guise: explosions of harmony after the breakdown animate the techno-husk with their radiating washes of colour.

‘Refer‘ is sonically the most experimental track on ‘Extensions‘, and structurally the freest, oscillating between texture and groove. With particularly impressive handling of his materials, Bakradze gradually assembles a minimal rhythm track, patiently unravelling each element from a cloud of hiss. As with ‘Employee‘, the synth pads emerge late, their icy timbre an effective foil to the barren arrangement.

‘Extensions’ is out now via Horoom. Order a copy from Bandcamp.

Discover more about Gacha Bakradze and Horoom on Inverted Audio.