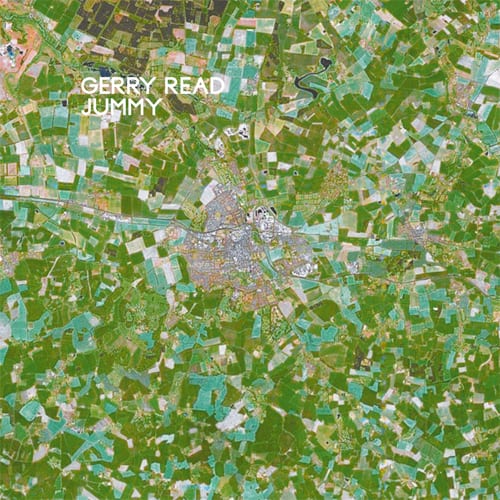 This November will see Suffolk’s Gerry Read unchaining his debut full length, following a string of EPs on Ramp‘s offshoot, Fourth Wave, as well as a single on Delsin, not to mention a variety of remix treatments for the likes of George Fitzgerald and Hot Coins.

Read’s defiant playfulness shines here on a record that frankly doesn’t give a shit, and is all the better for it. Gerry has mentioned before that he couldn’t care less if his tracks were played in clubs, an attitude that shows. Where previously one might have suggested that Read’s callowness might be his downfall, it consistently seems only to make his productions better. There are many producers who will argue that the best tracks you produce are when you don’t think twice about your audience.

This impudence, however, like the delectable muckiness of his productions, is a mask to the clear intelligence and understanding of house and techno that this young producer has. Read tantalises the listener with subtle references to his musical knowledge, and presumably vast record collection – but whether this is where a particular sample came from, or just some old piano he was messing around and recorded on his phone, remains delightfully unclear. He may say he doesn’t care if you’re dancing to it or not, but it’s rather hard to resist the temptation.

While the record, at times, sounds inadvertently loose, the self-proclaimed ‘muddiness’ only adds to its charm and character. The frenetic post-intro track, ‘Evidence’, is a showcase for what is to come on the album, crude samples arranged nonchalantly, with a defiled piano loop full of low-end building up into a dance floor killer [with a  vocal sample and some fiendish gratuitous filtering that features throughout the album.]

Another highlight, ‘Crawl’, sees the producer flexing with an intro that sounds like it’s chopped up from a jam session on an old drumkit, introducing a breathy vocal sample that breaks out into the sort of lush piano loop that may or not have been tempted from an old soul record.

At the latter end of the album is ‘Gibbon’, a schizophrenic piece of fun. While dance floor territory this is not, it’s shortly followed by ‘Let’s Make It Deeper’, capable of a post-haste return to the feet.

The final track on the LP, ‘Sidecar’, sees Read in more pensive territory, still keeping his brazen attitude but exploring some otherwise ignored soulful tones. This track allows for a maturity that the others don’t – a glimpse of emotion in the final track that may be the shining star of the LP.

While elements of his productions warrant dub techno comparisons, Read never lets you forget that despite the raw, unfinished feel, this is house music. A brilliant collection of unyielding tracks that round off an excellent year for this young producer, comprising a fine taste of things to come.