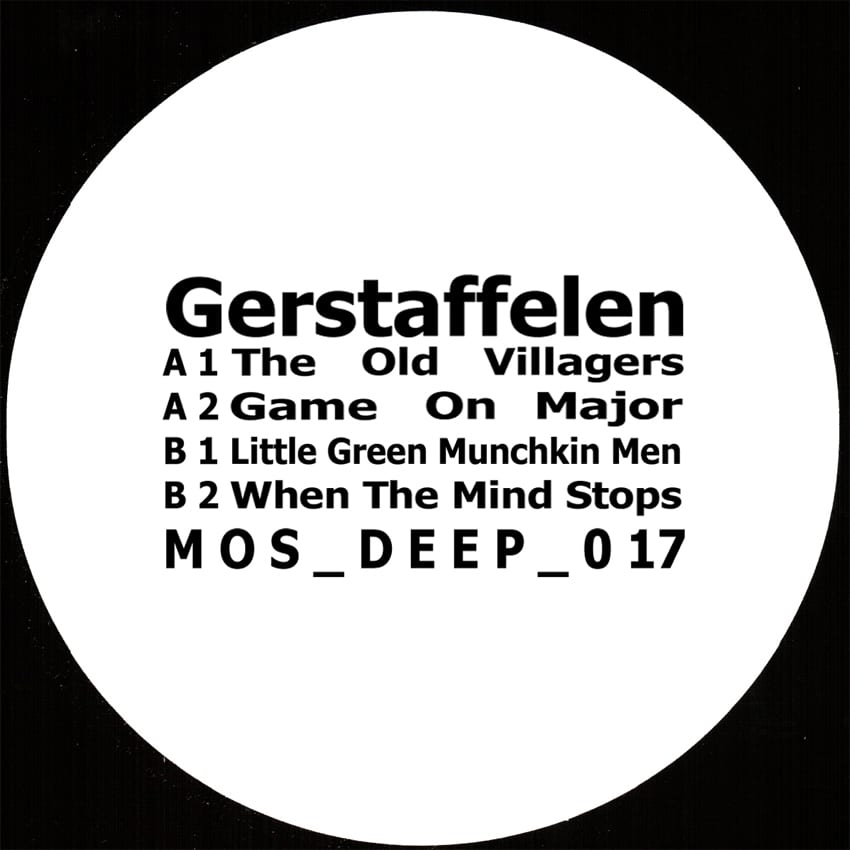 The low profile but high quality Gerstaffelen are the latest entry to M>O>S Recording’s direct and tracky offshoot, M>O>S Deep. Having already notched up releases on the like minded Delsin and Clone imprints, the Dutch producers analogue on the edge aesthetic suits the label right down to the ground. For example, Game On Major is so heavily phased it feels like your eardrums are being passed through an industrial grade knife sharpener; while every distorted crash, tom and snare on The Old Villagers threaten to shatter and perforate with each hit.

As good as this introduction is, it is the latter pair of tracks that come in as the strongest. The heavily swinging choral acid of Little Green Munchkin Men frequently devolves into demented alien birdsong. Then, luring you into a false sense of security, When The Mind Stops kicks off inanely, featuring the terrible mid nineties standard house organ preset—last seen being consigned into synthesiser hell after gracing Alex Party’s ‘Don’t Give Me Your Life‘—before clicking into place as each round of additions add strips of flesh to the barebones intro.

Drawing conclusions, you could offhandedly throw phrases around such as “maximum dancefloor usability” and “infectiously groovy”, although that would be the weakest of praise, possibly on a parallel with calling a piece of Kobe beef “a nice steak”. This is premium purist house and techno; every sound in The Old Villagers is treated to the same amount of luxury and preparation as the famed wagyu cattle, expertly sliced into four succulent arrangements that could make even your cochlea salivate.