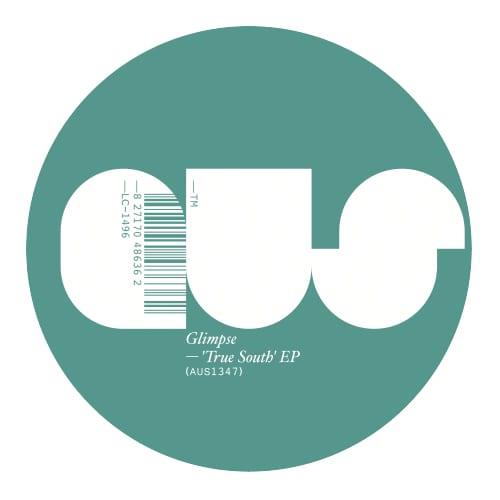 Can Will Saul do no wrong? His winning streak with label Aus Music has lasted improbably long, with an impressive release history that includes hot properties Midland, Dusky and Bicep who have all gone on to greater things. Aus appears, at least on first sight, to be the perfect platform for producers to catapult into the mainstream of the underground at least, but calling it merely a platform would be doing Saul a gross disservice.

With a manifesto that is predominantly house inflected garage or the other way around, Saul’s A&R knack for unearthing gems has once again bore fruit in the shape of London-based producer Christopher Spero a.k.a Glimpse. Despite building a reputation over the past ten years for being one of the most unique and versatile producers on the producing circuit, Glimpse has never really caught the eye until recently, as one half of groove-laden techno duo Dense & Pika with Alex Jones on Scuba’s Hotflush label. And with a list of supporters that includes Carl Craig, Levon Vincent and DJ Koze, it appears that the time is right for Glimpse to step forward into the limelight once and for all with his ‘True South’ EP for Aus.

The heavily percussive hi hats that drive so many of Dense & Pika’s tracks are once again present and correct here on Glimpse’s titular track ‘True South’, which also packs the kind of sampled vocal refrain that is destined to cause havoc on the dance floor. ‘L Plate’ is a more restrained offering, preferring to work more within itself, imbued with another vocal cut but this time as more of a distant echo that gets lost in amongst the track’s sonic complexities. The relatively subdued nature of ‘L Plate’ leaves it open to re-interpretation, a challenge which is duly accepted by Tom DeMac in the standout moment of the EP. Forgoing the introverted character of the original, he goes all out with a driving 4/4 pulse that transforms ‘L Plate’ into a monster club track that’s certain to be rinsed at peak time.

For those with the digital package, ‘Whiles’ is a thudding, hypnotic slow burner with wispy vocals placed on top almost as an afterthought, its drum arrangements a perfect melange of ‘True South’ and ‘L Plates’ in its textures. Soul South Project serve up a re-working of ‘True South’, impressively transforming it into a completely unrecognisable entity unto itself, yet its DeMac’s show-stealing moment that will grab all the headlines here.