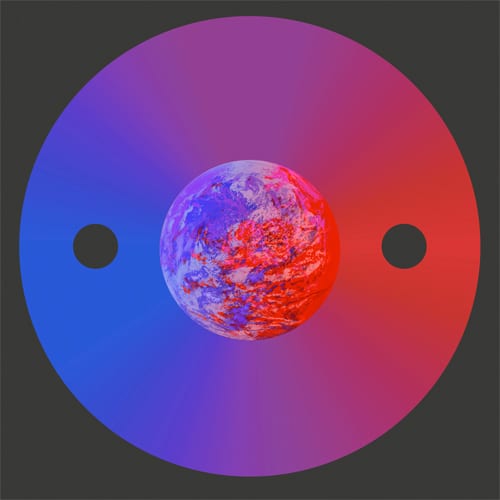 Koreless has always occupied crepuscular moments with gorgeous results. The track that grabbed me, shook me all over was the delectable ‘Maria‘. It sounded like the outpourings of a soul that had just died. It left the building and was poised to ascend but couldn’t quite make up its mind and turned on its heels. Everything was muted, with the exception of twinkles and a sigh, drawn out in ways that sounded human and deadly.

If you rewind the analogy of a night-clubbing and look at his other releases over the last few years, ‘MTI‘ was in backward ways a glimpse back at a euphoric dance-floor; instead of direct energy you find a suffusion of spacious noise and melody overlaid with vocal swipes that tug and twist their way in circles. ‘4D‘ was of a similar ilk, a faint-hearted banger with threadbare melodic tension.

So fast forward to the spring and Koreless is back with an outing this time on Young Turks, picking up where he left off with those vocal slices, soft slow burn pads and urgent percussion. Except lead track ‘Sun‘ exudes far more than this, a grandiose distillation of his previous trademarks recast into something positively galactic, airless drums that pitter patter like heavy rain, melodies that take you by the hand and push you through fierce waves of synth-led emotion.

‘Last Remnants’ soars and thrums with vitality; fresh kaleidoscope melodies that circle and tick along purposefully before accelerating and collapsing in feedback. What follows is ‘No Sun’, effectively a black-hole of a sonic counterpart for ‘Sun’. The closing ‘Never’ dovetails hazily around feathery arpeggios that wrong foot delightfully. A subtle change of pace slows the tempo allowing numerous melodic layers to creep in and build tension organically. It works because the melodies are nimble, tweaked subtly with effects that pulsate gently, but no less intensely. Conclusion reached, Koreless is undoubtedly a talent and is purring nicely, more releases and an undoubtedly gripping live show will see his audience widen dramatically in 2013.