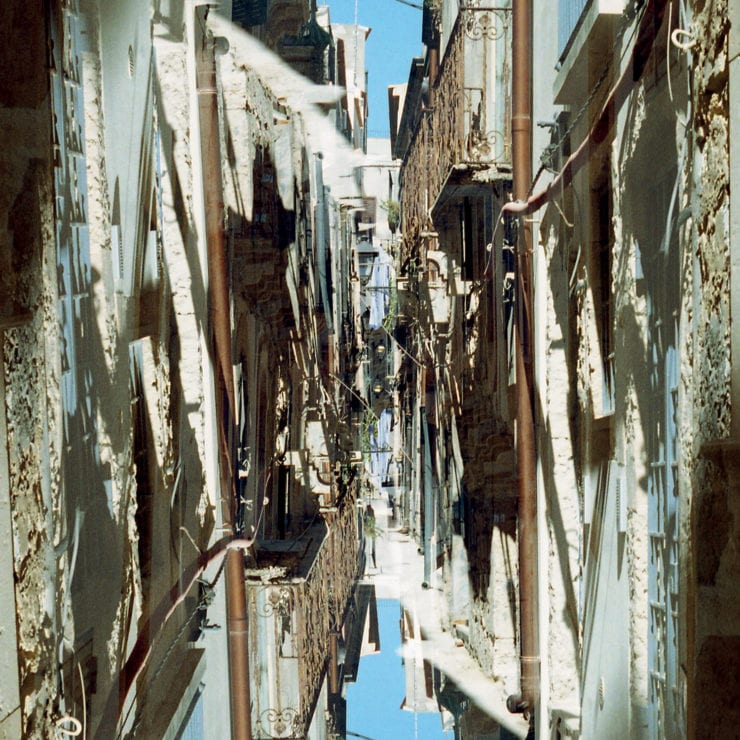 Dubbed-out puddles of soft stabs and distant radiator-hitting clangs provide most of the setting for the 13-minute opener and title track off of NYC-based Gunnar Haslam’s anticipated new EP for Dutch imprint Delsin, ‘Cacique De Poyais’. Still, the gradual swelling of the space created here never infringes to the point of overexertion, but rather, provides trance-like momentum that deceptively feels like a fraction of the actual length in this off-kilter dub epic.

Although the biggest chunk of Haslam’s releases to date can be counted as 303-driven workouts, this isn’t the first time the American producer steps into further experimental territories, with his 2017-released full-length ‘Kalaatsakia’ (The Bunker NYC) having already made for a clear nod towards wielding different styles – from warm ambient to electro. Following suit, ‘Cacique De Poyais’ operates as a logical continuation of this approach.

What links and unifies so many of Haslam’s releases, including this one, is the ability to cultivate hypnotism – an ethos that has resonated throughout the catalogue of Delsin over the years. Whether it is the dizzying metallic arpeggios that weave through the maze of delay on the BPM-bumped ‘Port Sommeil’ or the Göttsching-indebted glides of ‘Azote Du Guano’, there’s a healthy counterbalance to the subtlety of Side A going through.

As a member of Hot Mix with Mike Servito and Justin Cudmore, and the other half of Romans (with Tin Man), Haslam has garnered acclaim as a DJ and performer whose diverse taste and adaptability seep into his productions. He not only understands the shifts of energy that go on throughout the night, but also exercises that ebb and flow with it here. It’s on Side B that ‘Poyais’ makes its most striking effect, as Gunnar Haslam proves once again his unmatched ability at exploring the meanderings of experimentalism without ever losing sight of the dancefloor.

As the title suggests, Haslam seems to have the intention of drawing from more distant areas for textures, perhaps somewhere more tropical or warmer, which feeds into the sculpting of each track. At their core, they all are intertwining closely to form a steady four-to-the-floor, contrasted with a fluttering of reverb echos and tweaked resonant twirls over top. By the end, much like touching down on an unfamiliar shore, you’re left wondering how exactly you ended up there, but not in the least bit fatigued.

‘Cacique De Poyais’ EP is out now, order a copy from Delsin.

Discover more about Gunnar Haslam and Delsin on Inverted Audio.