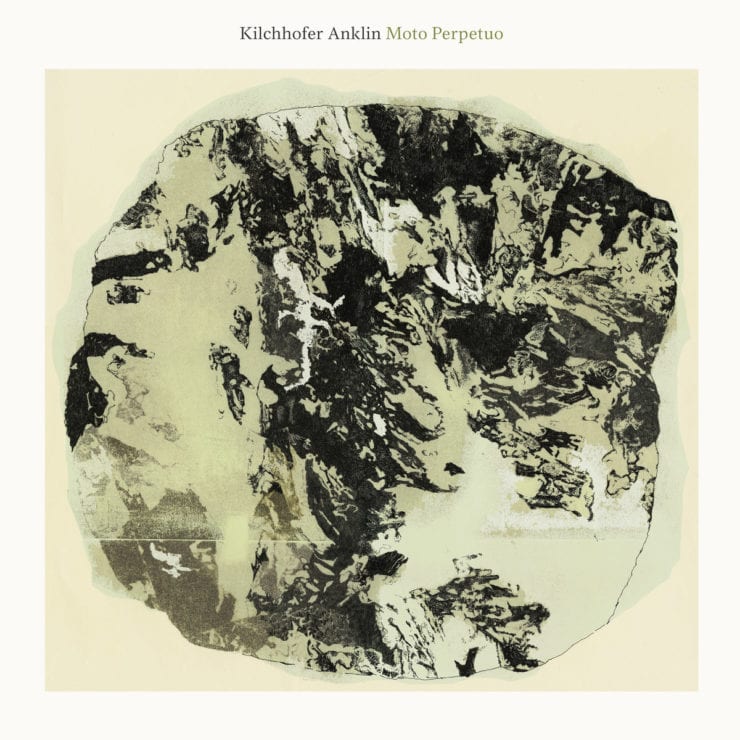 Over three releases for the label Marionette, Swiss musician Kilchhofer has drawn from experimental, electroacoustic and ambient music to develop a sound that is one of a kind. Now, Kilchhofer returns to Marionette with ‘Moto Perpetuo’, a seven-track collaboration with percussionist Michael Anklin.

Dubbed Kilchhofer Anklin, the duo’s music centres on a delicate interplay between modular synth sounds and freeform percussion. Whilst ‘The Book Room‘ paired odd and elegant melodies with steady rhythmic foundations, ‘Moto Perpetuo‘ feels like the sonic equivalent of pushing out to sea. Without a reliable pulse, melodic and percussive elements pitch and roll, settling into loose formations before separating out into new patterns.

Irregular rhythms with a hand-played feel remain front and centre from beginning to end, but despite human touches, ‘Moto Perpetuo‘ tends to blur the lines between musical composition and studio production. By crafting pieces that rely on the entire stereo field, Kilchhofer Anklin rewards close listening.

Certain tracks on ‘Moto Perpetuo‘, like “Greina” and “Flor,” resemble deconstructed versions of Kilchhofer’s whimsical and organic earlier work. However, other pieces bring a sense of digital experimentation to the fore. “Zinnen” for instance, recalls the “clicks and cuts” aesthetic that emerged on labels like Mille Plateaux in the late 1990s and early 2000s. With a subby kick that tacks back and forth under drifting bits of melody and expressive bleeps, “Zinnen” sounds almost like the kind of transmission a lonely Mars rover might send back to Earth.

Most of ‘Moto Perpetuo‘ feels calmly introspective, but it can become surprisingly menacing at times. On “Irig,” dissonant synths build and cut abruptly while percussion comes to a rolling boil beneath. But moments of creepiness soon gives way; despite their experimental otherworldliness, Kilchhofer Anklin’s compositions are relatively short. While many artists working in abstract or ambient modes will use the whole side of a record to construct a sonic world, Kilchhofer Anklin opts for density, expressing complex ideas in under five minutes.

That sense of immediacy means that nearly any point on the album can act as a door into Kilchhofer Anklin’s singular atmosphere. But that doesn’t mean it’s easy to find an exit. ‘Moto Perpetuo‘, is likely to leave an impression long after the music ends.

‘Moto Perpetuo‘ is out now via Marionette in vinyl and digital formats. Order a copy from Bandcamp.