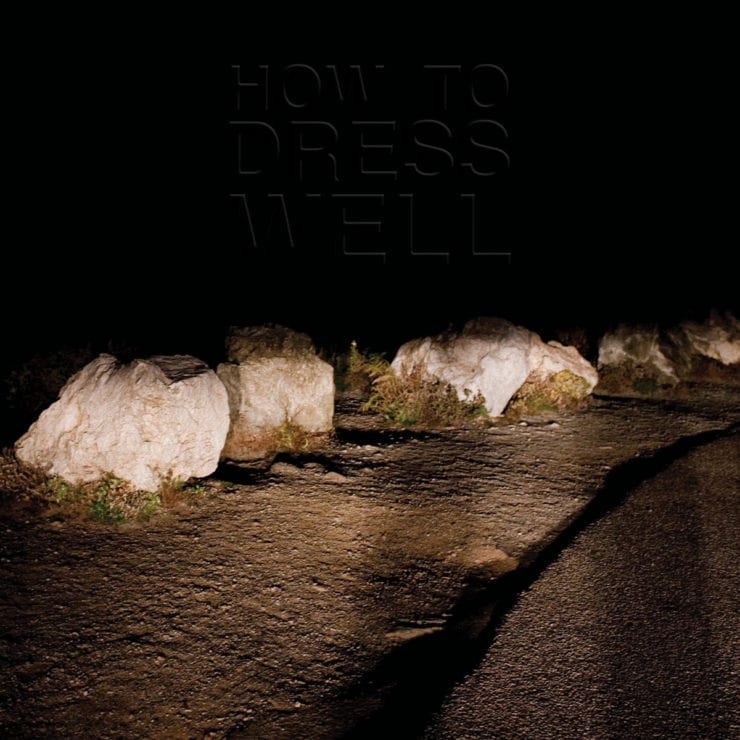 Love Remains is the striking debut album from How To Dress Well. Tom Krell AKA How To Dress Well is the man behind this lo-fi gem of a record. I originally came across Tom’s music whilst looking though the artist roster on Lefse Records. After listening to ‘Ready For The World’ I was instantly hooked on Tom’s deeply meditative and evocative music.

Lefse Rescords were responsible for releasing Love Remains in north America, however Robin Carolan’s highly regarded imprint Tri Angle are now responsible for the publishing the album on CD, LP and digital formats on this side of the pond. Considering Tri Angle’s string of highly acclaimed EPs from the likes of Balam Acab and oOoOO, ‘Love Remains’ is the labels first album and is without doubt highly original and a solid addition to Tri Angle’s roster.

Love Remains consists of fourteen tracks, which tell the stories of the human voice. Most tracks were initially releases as digital EPs distributed through How To Dress Well’s official blog. The one theme that runs throughout the album is Tom’s evocative voice. Just as James Blake demonstrates in his music, Tom’s voice is key to his tracks, along with that irresistable home made crackling lo-fi sound.

Tom’s music has been regarded as a different kind of soul music, R&B in some cases. Although a valid point, this does not do the album justice, his tracks are first and foremost original, which these days is hard to come by. His sound holds a close resemblance such as Anthony Hegarty of Anthony and the Johnsons and Justin Vernon AKA Bon Iver. Acting in the same way as these artists Tom’s voice is paramount to the overall effect that this album has on the listener, as if washing you away into the haunted dream world of How To Dress Well.

Tom utilizes the kinds of harmonies you might find on records by 90s R&B luminaries such as Shai and Bobby Brown. His astounding vocal talents create heartbreaking lo-fi hymnals, which fill the emotional gray space between hopeful and hopeless. Song titles are equally as melancholic, ‘Suicide Dream 2’, ‘You Won’t Need Me Where I’m Goin’ and ‘Endless Rain’ are not exactly upbeat, but that’s exactly the point.

On “Can’t See My Own Face” a voice proclaims a surrender to love to combat the limits of narcissistic self-enclosure, on “Escape Before The Rain,” tortured voices wander through empty streets abandoned by love, giving voice to the fact that “In the night the heart becomes the truth.” Each of these stories is the direct precipitation of irrepressible affect or the resurfacing of memories be it from the past or from dreams.

In “Ready For The World,” we hear what might sound like the mournful pleas of an arguing couple, desperately fighting to save a love that may or may not be repaired.  Yet, we are never sure what the song is about. How To Dress Well does not say what his songs mean, but rather exposes the listener to a range of senses and sensations and invites them to discover or redefine their own emotional constellation in each song.

Love Remains is a book written with smeared ink, with multiple stories written over the same page, with emotion that exceeds our typical means of capturing the meaning or effect of song. Through the multiplicity of gorgeously haunting voices, we may hear words such as “love” or “girl,” but these are just the fragments of stories listeners have to bring together themselves.

Garnering inspiration from a broad range of artistic, cinematic, philosophical, and musical sources How To Dress Well creates music that is provocative and compelling. Love Remains is a stunning timeless record that is essential to anyone’s music library and is very much highly recommended.