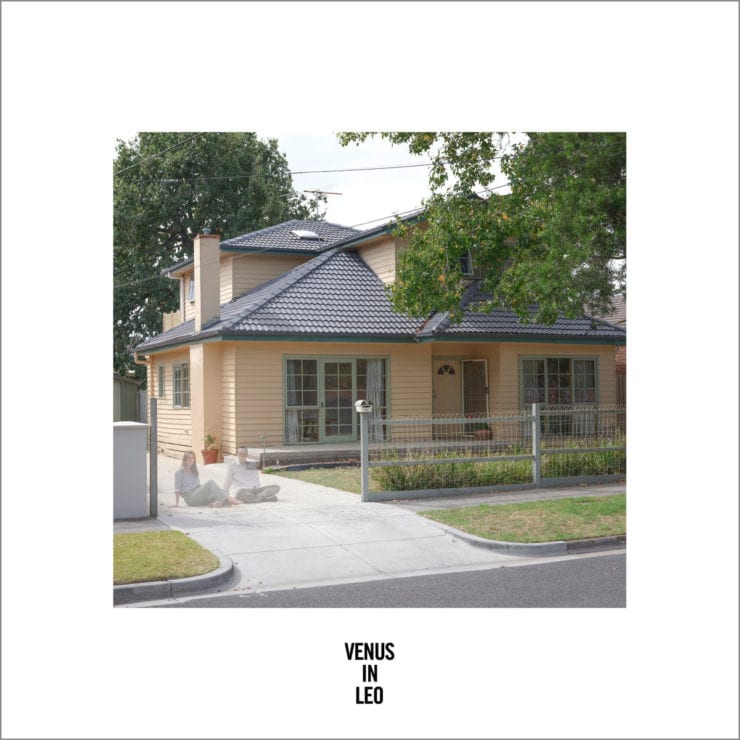 HTRK are here to make you weep. Whether it’s through Jonnine Standish’s exquisitely strung-out vocals, the embittered and heart-broken lyricism, or the aching, preternatural beauty of Nigel Yang’s guitar tones is irrelevant – if you’re a walking, talking, fully functioning humanoid I defy you not to be moved by the Melbourne duo’s latest album Venus in Leo.

This is an entirely different beast to that which birthed the abrasive, post-everything abstraction of their debut ‘Nostalgia‘ LP and 2009’s breakout album ‘Marry Me Tonight‘. Tragically, this is true in more than just a musical sense; bassist Sean Stewart took his own life in 2010 as the band were about to release their second LP. This came just 6 months after the death of long-term collaborator, mentor and friend Rowland S. Howard, a legend of the Australian underground who was instrumental in shaping the band’s early sound.

After an understandable period of reflection, Yang and Standish returned in 2014 with ‘Psychic 9-5 Club‘. While some artists react to life-changing trauma by immersing themselves in dark, murky cynicism (Zev Love X, for example, who resurfaced five years after the death of his brother and fellow KMD member Subroc as the infinitely more sinister MF Doom), HTRK seemed to move towards light and clarity, channeling the grief and anguish of the previous years into a leaner but more richly-textured, spectral mould. Industrial noise gave way to softly reverberating, ethereal soundscapes, Standish’s voice was laid nearly bare where before it was submerged in a lo-fi haze.

Coming 5 years after HTRK’s first revolution, ‘Venus in Leo‘ represents another, arguably even more radical, leap in their development. Like a 60s American housewife guzzling amphetamine-packed diet pills, HTRK have shed the dead weight in their sound even further to expose a fragile, febrile core, shivering with angst and heartache. This is apparent from the first acoustic guitar strums and sparse drum machine flickers of opener ‘Into the Drama’. With Yang’s high, swirling guitar and Standish’s lilting voice, it’s almost shoegaze, but only if the shoes you’re gazing at are doused in petrol and out of date perfume rejected by your Valentine.

Unrequited or deeply flawed love is a recurrent theme on Venus in Leo. On ‘New Years Eve’ Standish bleakly questions her recollection of a raw teenage experience over a post-punk, morgue-shuffle beat: “Is this the last dance? / Is this the last song? / Is this the last romance of the summertime? / Could I kiss you at midnight?” Judging by the lovelorn tone, I think it’s safe to assume it was a resounding Yes, Yes, Yes and No. Similarly, ‘Mentions’ laments the disconnect of the modern day social media age (“Even with another mention / It’s not nearly physical enough”), while the sardonic Missy Elliot cover ‘Hit ‘Em Wit Da Hee’ contorts Missy’s trademark sass into vulnerable and mournful angst.

As emotive and affecting as Standish’s voice is, the influence of the platform provided by Yang cannot be overstated. It’s his woozy, effects-laden contributions that give the songs their penumbral quality, somehow sounding both hermetically intimate and intensely detached, like a confidant whispering furtive but unintelligible secrets in your ear. On the title track his stark, slightly off-key twangs drip with reverb and regret. Elsewhere he colours the tracks in more otherworldly and dream-like hues, as with the eerie, undulating tones on ‘Dying of Jealousy’.

The album’s title provides a clue to what you feel is perhaps its overarching message – the total fucking futility of a life spent under the thumb of the cosmos (or whatever your preferred brand of omnipotent overlord may be). As Standish has said, “what was once considered self-sabotage could be revisited as being under the influence of Venus in Leo.”

This sense of existential helplessness doesn’t necessarily result in the pathos you might expect though. When Standish repeats “I’m gonna do the wrong thing eventually / I’ve got a sinking feeling” on ‘New Year’s Day‘, it sounds as if she’s taken comfort in her complete lack of control, as if it’s almost a relief. In the context of the harrowing events HTRK have been made to suffer through, this viewpoint makes sense – it’s surely less painful to believe that we are powerless to stop any of the tragedies in our lives.

This idea alone is intriguing, but when put to music as hauntingly tender and beautiful as Venus in Leo, it becomes almost irrepressible. And while I ain’t about to start checking the horoscopes every morning, it’s fair to say I’m a lot closer than I was before.

‘Venus in Leo’ LP is out now via Ghostly International. Order a copy from Bandcamp.

Discover more about HTRK and Ghostly International on Inverted Audio.