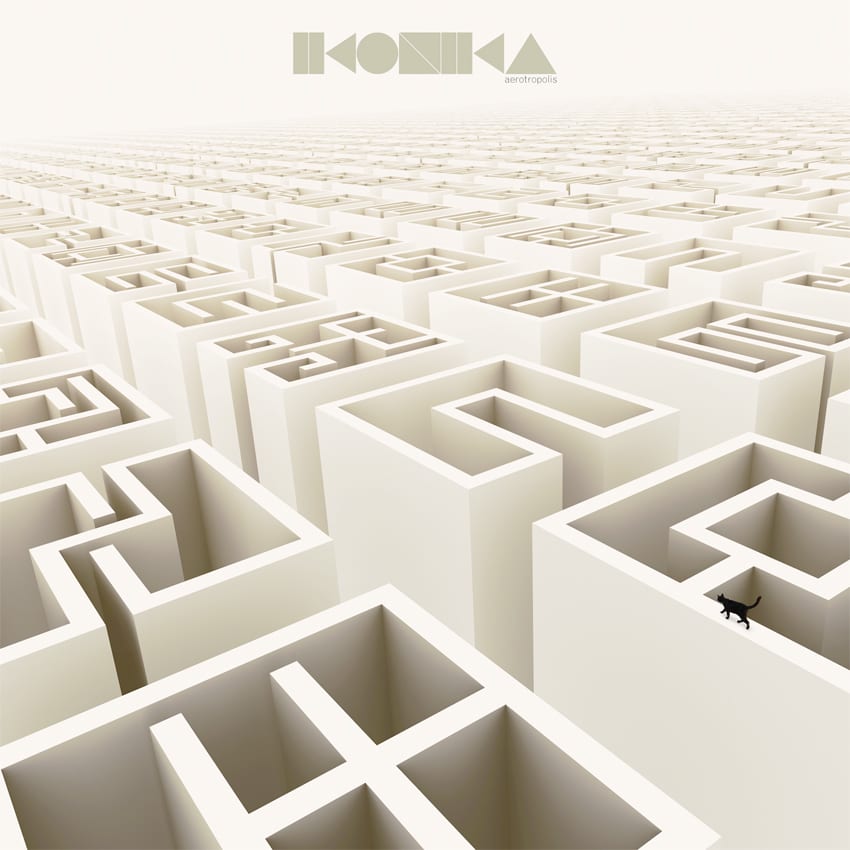 Vangelis, Drexciya, Kuedo: throughout the history of electronic music, producers have used the genre to map out cities of the future, evoking neon highways and glittering chrome in striking works of retro-futurism. Given the ‘-polis’ suffix of her sophomore album’s title, it appears that Ikonika, aka Sara Abdel-Hamid, is the latest to evoke a new world of urban possibility (and we already know that she won’t be the last). Yet while these visions of the future are often threatening, whether through their icy grandeur or a genuine vein of menace, Ikonika’s airport-influenced Aerotropolis is positively inviting. For her first return to Hyperdub since 2010’s Contact, Love, Want, Have, Ikonika provides the forward-thinking imprint with one if its most summery, irresistibly bouncy albums to date.

Largely gone is the undertow of frustration, even anger, lurking beneath earlier Ikonika productions. Instead Ikonika toys with a sonic language of polished, technicolour sounds which elegantly toe the line between accessible pop sensibilities and toughened dancefloor beat patterns. This is gloriously exemplified on the album’s bombastic opening suite, particularly lead single Beach Mode (Keep It Simple), where Jessy Lanza’s hook-laden vocal melody is kept in check by a roiling analog synth workout. Mr Cake continues along in a similar vein, retro basslines and coruscating synthlines programmed with such finesse that the simplest of sounds can elicit a joyous, giddy response. The album’s opening salvo then hits its high point on the gamey Eternal Mode, where keening synths threaten to take off over propulsive, bodyjacking drum patterns.

While much of the album’s optimism is positively infectious, Aerotropolis wouldn’t feel real without a dark underside. The city’s more dangerous locales are mapped out over the album’s second half, beginning with the ominous ambient futurism of Completion V.3. Later grimey exercise Manchego is a club weapon waiting to happen, as a bristling percussive field persistently gives way to staccato bass hits, while the impressively grand Mega Church and Cryo chart epic nocturnal terrain.

On Aerotropolis, Ikonika nails a particular sound and sticks with it right up until the end. The consistency of her vision is not in question, but it is possible that by the album’s final third the listener may weary of the sound palette’s relative homogeneity. Any sense of fatigue would be a shame because Ikonika keeps the quality to a superb level right up until the end, including the disco-inflected bounce of mid-album highlight Let A Smile Be (Y)our Umbrella and the queasy rush of moody closer Zen Sizzle. Throughout the album, Ikonika does a remarkable job of marrying the accessible, even the catchy, with darker textures and percussion, keeping a steady stream of ideas and sounds flowing up until the last. It may all be cut from the same sonic cloth, but Aerotropolis is such an inviting world that you’ll want to explore it right up until the end.