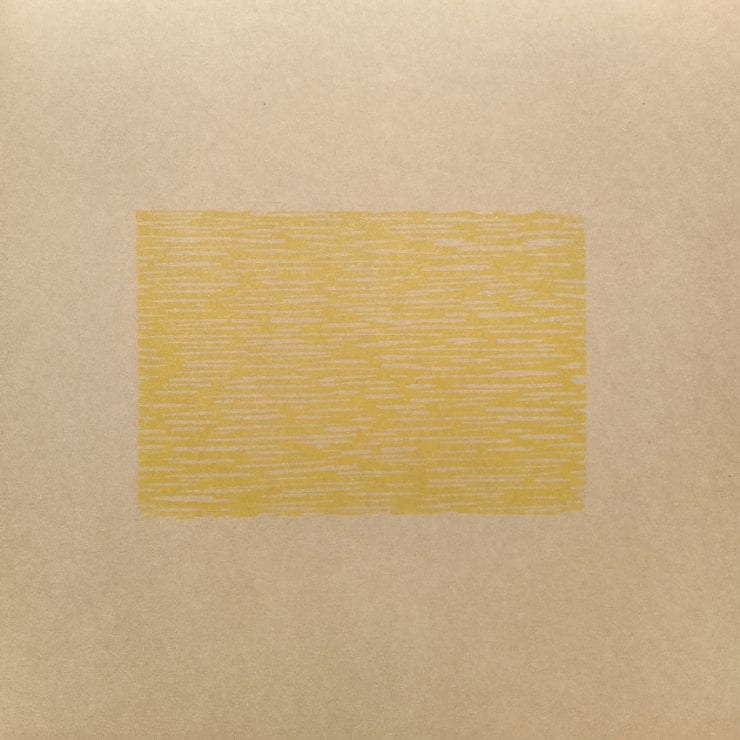 The Meaning Of​.​.​.​.​. what, I wonder. Life? Art? The shifting patterns of the cosmos? Perhaps the truth is more mundane, and sounds this grand and enveloping and extraterrestrial accompany Inhmost’s everyday musings, but I suspect he was alluding to the big questions when he put that title on his new LP.

Inhmost is Simon Huxtable. He first gained traction in the late 90s as Aural Imbalance, putting out a series of fleet-footed intelligent Drum & Bass singles that’ll now set you back a fair wedge on Discogs. Since then he’s gradually stripped his sound of the drum and (most of) the bass, and Inhmost now serves as Huxtable’s outlet for his most distilled and chasmic ambient.

‘The Meaning Of​.​.​.​.​.‘ is his fourth album under the moniker and his first on Swiss imprint re:st, a label whose output sits neatly amid the same sonics as Huxtable’s, encompassing the minimal percussive workouts of DB1 and Dyl, spacious techno and half-step from LCP, and dub-skewed, dancefloor-adjacent excursions by OWL.

Scenic, is I think the word that best describes ‘The Meaning Of​.​.​.​.​.‘ – the opener sounds like a rainy walk below a neon moon, with gliding synths and fuzzed, drizzling water sounds. On ‘Outside Space’, rustling field recordings evoke a dazed mooch around a misty jungle, one where you stumble across an end-stage forest rave that’s blasting Global Communication’s 76:14 until everyone leaves. ‘Outer Thoughts Dub’, if not the most transportive track here, is the most pleasing to my ears. Fireside crackles and cosmic twinkles are carried upward by a feather-soft pulse, compelling you to look out into the beyond while retaining the warmth and intimacy of your favourite duvet.

The kicker with this album is the deceptive ease with which Huxtable melds the organic and synthetic. It almost makes you want to give it a go yourself; just grab a field mic and strike off into the night, take the fruits of your labour home and mush it together with some warm electronics. But no, there’s much more at play here. With all the elements involved it could easily spill over into a crowded, trite, Eno-goes-hiking soundtrack. Instead, Inhmost strikes a delicate balance, offering up densely layered, vertiginous arrangements that manage to remain light as aether.

In the end, I think ‘The Meaning Of​.​.​.​.​.‘ lives up to the lofty implications of its title. While it might not reveal the truth of existence, or provide solutions to the crushing complexities of day-to-day life, it does allow you to escape into glistening worlds where those questions seem just a little less pressing. And for now, I think that’s more than enough.