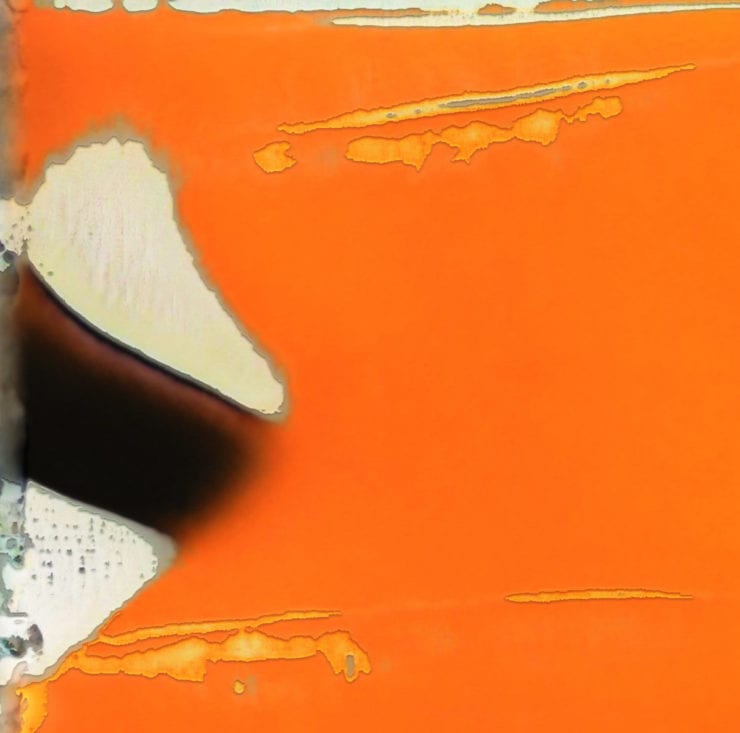 Berlin based producer Vivian Koch is an artist to keep an eye on. Her cut on last year’s Life & Death compilation ‘Anthems For No State‘ was arguably the best on a release laden with strong tracks. Having established a motif of emotive techno, an outing on AD 93 has given an opportunity to broaden out into a wider horizon.

‘Beyond Contact‘ is akin to hearing your all time favourite euphoric breakdown, except it is like glancing at a naked Edison bulb, the after-image of the filament ghosting across your vision after you shut your eyes, glowing purple and green in the void behind your eyelids.

As an album ‘Beyond Contact‘ is wonderfully consumable. Not through a glutenous buffet of starch, but as eardrum teasing morsel. With a run time a shade over half an hour, you’ll hit the rewind button repeatedly, indulging in little personal journeys of thought each time. Before long muscle memory will start it playing for all those little moments of downtime that crop up in the day, your internal mental archiving system will start placing it alongside other significant works from years gone by – which, for me, a companionship with elements of Bola ‘Soup‘ and The Orb ‘Orbus Terrarum‘ find themselves being recalled.

Textural dreaminess is underscored by a knack of dropping in a chewy hoover bass line,  such as on the residual rave of ‘Closed‘, or Sasha-esque arpeggios decorating tracks like fairy lights, with the reverb drenched ‘Enter‘ verging on sensory overload as the ribbons of melody swirl around your body. It is that uncanny ability of ‘Beyond Contact‘ to almost physically wrap itself around you as it plays is its key: like some sort of aural swaddling, you find anxiety slipping away to be replaced by unconditional bliss.

‘Beyond Contact’ is out now via AD 93. Order a copy from Bandcamp.