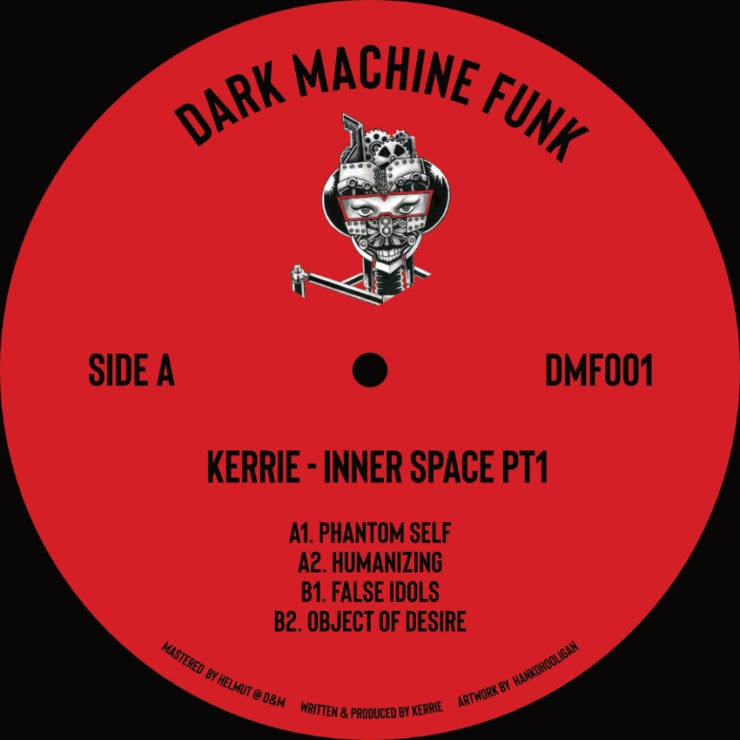 The path of Manchester based artist Kerrie has been one of one determined step after another. After refining a live hardware setup, a lauded performance at Freerotation 2019 was the first ping on the radar that set industry pupils widening. This was then followed by a debut release on Don’t Be Afraid and arguably one of the finest entries on Posthuman’s I Love Acid series, which is a statement of intent considering 303 veterans DJ Pierre, Luke Vibert and Hardfloor have also thrown their hat in here in the past.

Her next release is another landmark – the launching of her own Dark Machine Funk Recordings. ‘Inner Space PT1′ sees Kerrie indulging in her techno side, and you can tell this is an artist revelling in the absolute freedom that being a label boss brings with it.

Her experience as a live performer shines through, where making elements sound like they’re untamed and unruly makes for an exhilarating ride. It’s the way that the open hi-hats on ‘Phantom Self‘ fire out like a card being flung from index and middle finger, or the writhing syncopation that joins in halfway through ‘Humanizing‘. On ‘False Idols‘ it is the two footed low end tumble, muffled and swaggering, or the taut and steady canvas which allows the squelchy electro bass line/sci-fi synths combo on ‘Object Of Desire‘ to take centre stage.

This is techno that means business – and not the other way round – far from the kick drum war that seems to be dominating the mainstream scene nowadays. Distilling the energy of a live set into encapsulated moments, pressed into decreasing concentric circles, is a difficult art, and something Kerrie has already buttoned down by her third release.

‘Inner Space PT1’ is out now via Dark Machine Funk Recordings. Order a copy from Bandcamp.