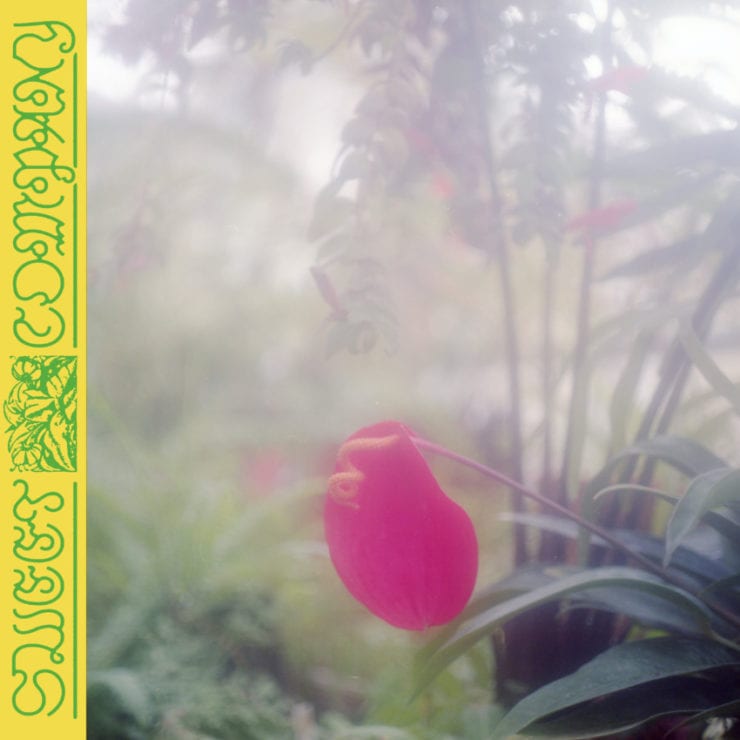 There’s something magical about a second album; whilst the first throws you deep into the world of the artist like none of their previous work, the sophomore album is marked by familiarity and anticipation — emotions which are often subverted.

Dripping with immaculate melancholia, Jabu‘s debut album, ‘Sleep Heavy‘ on Blackest Ever Black, was an unparalleled soundtrack to the descent into sadness season. It punctuated years spent making accessible yet sad music that mined the depths of darker emotions without sinking too deep.

Back then, Jabu was the still original pairing of Amos Childs and Alex Rendall, a sub-group within the enigmatic cluster of Bristol musicians known as Young Echo. In the years hence, much has changed, and without a formal solo release in the intervening period Jabu all but dropped off the map. Now, in a single year, we have two expansive new Jabu releases — and an updated roster of artists under the moniker.

The three years in between ‘Sleep Heavy‘ and ‘Sweet Company‘ have brought a new character to the group, Jasmine Butt, whose angelic voice harmonises immaculately with Alex’s own pining vocals. Her arrival heralds a decisive change in sound direction for Jabu, which, as we will hear, is no bad thing.

April saw the new lineup collaborate with poet/vocalist Daniela Dyson, and offered some hints as to what to expect from the sequel. If ‘Sleep Heavy‘ was for winter, perhaps now Jabu see in spring, fresh green sprouting from the frozen earth.

The warming in their music is not complete, as if they had gone from the bleak landscapes of their debut to the land of sunshine and rainbows overnight. The music itself is still foggy and hazed, evocative of the greyscale days spent lost in your thoughts on that important person. But where the debut was scarred and hurt, ‘Sweet Company‘ — as the name suggests — presides over something of a healing, a muted optimism.

‘Pretend‘ perhaps hits this criteria best. Here, Jasmine and Alex reach a joint peak: from near-spoken word to the simply sung, their soft heartache is at its most relatable, and in their lyrics we find a greater harmony than in anything from the group to date.

Take also the third track, ‘Lately‘, featuring Sunun. We come close to earlier Jabu, with Alex’s plaintive crooning taking centre stage once again, but equally, it’s almost a polar opposite from the creative direction of their earlier music, with rising intonation rather than the reverse.

Before, Jabu’s lyrics typically lamented the actions of one human against another. In this chapter of the narrative, Alex is down on his knees, not in sadness, but a new hope with a bitter taste: “Baby, be cruel to me / you know I like it when you make a fool of me“. It seems that the sweet company found in their musical fiction is not without a double-edge.

It’s impossible not to mention the grand and cinematic ‘Blood Pink‘, not just for the heartfelt contribution of strings from modern classical power duo Sebastian Gainsborough (Vessel) and Rakhi Singh, nor for its blinding video, featured above.

Jasmine’s lyricism is forefront, gracefully adorning the dub-meets-shoegaze instrumental before dissolving into haunting a capella. It’s a touchstone for the sound of the old Jabu, but refracted through this new lens.

Instead of an album focussed on a single perspective of conflict, there’s a more complex bird’s-eye perspective, which creates a kind of dialogue between the two voices. No break-up album, then, ‘Sweet Company‘ is perhaps an album for the burning hurt that accompanies the fight for stability in a relationship, a long battle for a prize that can feel impossible.

Navigating these feelings in everyday life is a fearsome task, and to transliterate them so effectually into musical prose is a mark of just how far Jabu’s songwriting has developed, and a sign of how the group has matured, in part thanks to Jasmine’s voice.

‘Sweet Company’ is scheduled for release 13 November via Do You Have Peace? Order a copy from Bandcamp.