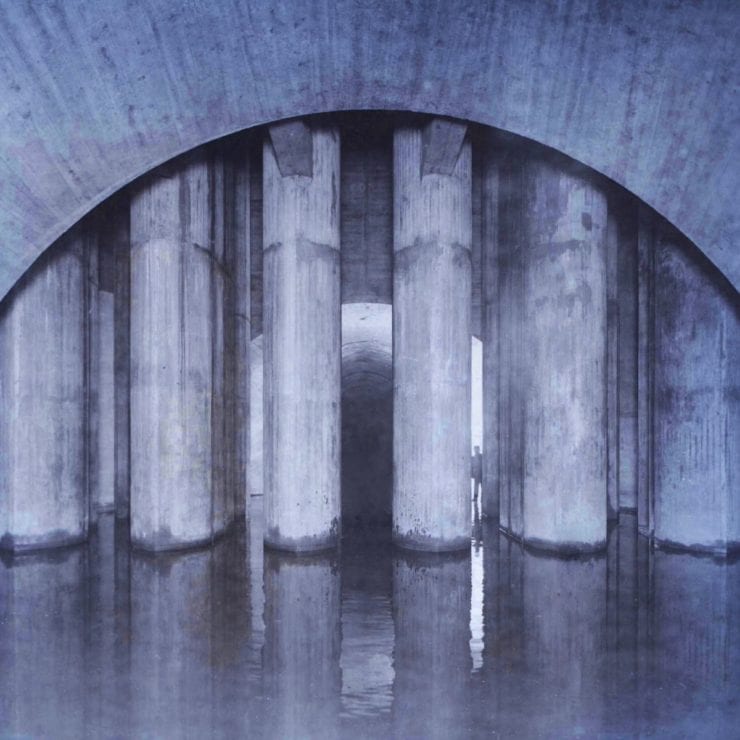 Sean Piñeiro’s outing on Los Angeles based record label LINE is not only a departure away from Opal Tapes, but also a departure away from the tense, rusted steel that signified albums such as ‘Shay’s Vacation House‘ and ‘From A Band Of Thoughts That Ended My Year‘. They were perfect autumnal albums, for when clocks shift forward an hour bringing the quick onset of evening and housing Halloween in the lengthening shadows.

Feeling as if it were a few more weeks into the year, ‘Five Cycles Through An Empty Chamber‘ is decidedly more frosty in tone, but is also lighter and much more delicate than its predecessors. There is an Emra Grid spin at work: this isn’t a soundtrack for a snow blanketed glade or cosily lit grotto, it is more suited for the vista of an ice moon at the far flung outreaches of the solar system.

Like dark rings on a tree stump, the album is a growing collection indirectly affected by the global pandemic, created by Piñeiro as he lived in Yogyakarta in Indonesia. There have been moments in previous Emra Grid albums that have sounded so alive that they felt like they were breathing. ‘Five Cycles Through An Empty Chamber‘ is like this throughout, almost as if it were a response to the respiratory disease, tapping into your circadian rhythm to synchronise your breathing into a steady inhale and exhale.

Whether it is the broad sci-fi strings of ‘The River Race‘ and ‘Drifting Memories‘, or the dark gravitational pulse of ‘My Room On The Floor‘ and ‘Impressions Of A Shadow Box‘, the music leaves you awestruck, as if you are experience vastness of a limitless sky or yawning chasm. Like vertigo, it almost knocks you off your feet, bringing you to your knees as it destabilises your inner ear.

‘Five Cycles Through An Empty Chamber’ is out now, pick up a copy on Bandcamp.

1. The River Race
2. Drifting Memories
3. My Room On The Floor
4. Impressions Of A Shadow Box