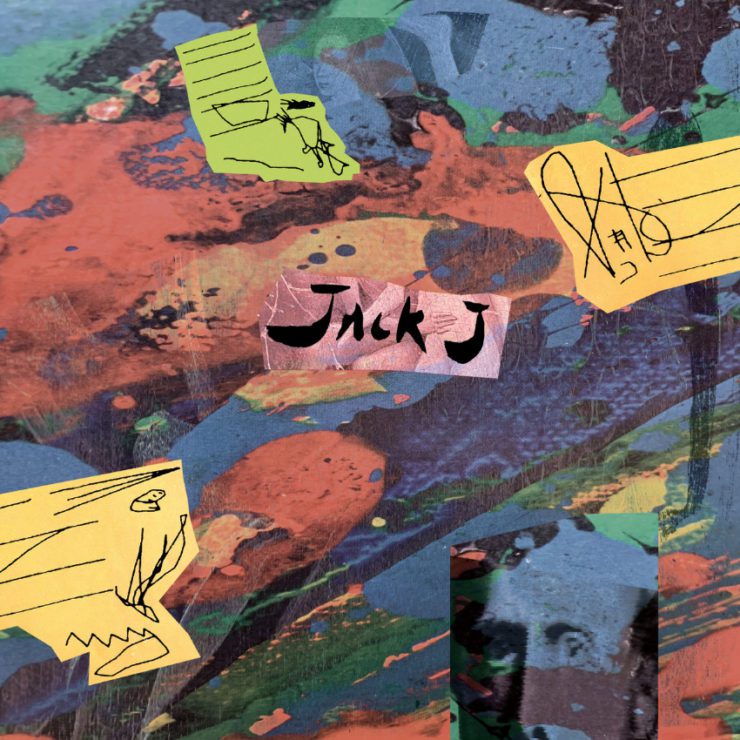 Every once in a while, there are albums created that are not just catalysts for right now, but will come to stand the test of time to become classics. So hey moody bum, why so glum? Jack J has just released his first record in seven years on Mood Hut.

Immediately warm and colourful, the world’s problems will still be there tomorrow, but for now here’s something to remind you that life can be beautiful too. Playful, simplistic, and downright FUNKY all the way through. Is ‘Opening the Door‘ a metaphor? Probably. Do you have to get the extra dumplings? Probably not, but they taste great, so enjoy it.

When you first hear ‘If You Don’t Know Why‘, it will all start to make sense. Instantaneous mood-lifting guitar riffs flow into the ears, smiles beckon from the steady drums, before you know it… If you don’t know whyyyy- You can’t see where love is going, if you don’t know why you’re lying. The lyrics of Jack J ring out poignant.

Having started out strong with such a re-playable opener, you could forgive Jack J to take his foot off the gas, but dammit, have you not seen the world needs renewable energy? So there are plenty more twists and turns in an album that from beginning to end is fucking magical.

Following up with ‘Opening the Door‘, the eponymous single is this ludicrous mix of something like The Specials peering into a psychedelic trip, that works. Having made the album through jams in a couple studios over 4 years, it makes sense in-between the jovial that there are sprinkles of dubby goodness.

There is this notion through the LP, or waves if you will, of lil reprieves followed by breakouts of energy. It’s seen in the bursts of ‘The Only Way‘, ‘I Saw Fire‘ and ‘Only You Know Why‘, all tracks of high calibre and stand-out moments, leaning effortlessly on chunks of guitar, lush melodies and quintessential vocals prescribing lots of the very much needed and self-described tangerine funk.

The upbeat is juxtaposed with tracks like ‘Clues (Part I)‘ and ‘Closing the Door‘, stirring ambience and hazy saxophone solos that run the course of the album, and personifying a period in history where time has simultaneously stood still and evaporated from in front of us.

Opening the Door is short, yet timely, full of instruments arranged and played by Jack Jutson himself (except for the sax – shout out Linda Fox), and chock full of nourishing lyrics… creeds to social ills only hinted at in-between the lines and reverb… music that I do believe will mean many things to many people.

Labelled as quiet storm soft rock, but I imagine if a tropical island getaway could create music, it would drop this from the palm tree, undoubtedly an album for summer, Opening The Door will put a grin on your mug and some boogie in ya toes, whether you’re watering your plants, sat on a hillside looking at the sunset or shoulder to shoulder with a bunch of ill-starved ravers – Hand clap Mr Jack J.

‘Opening the Door’ LP is out now via Mood Hut. Order a copy from Bandcamp.