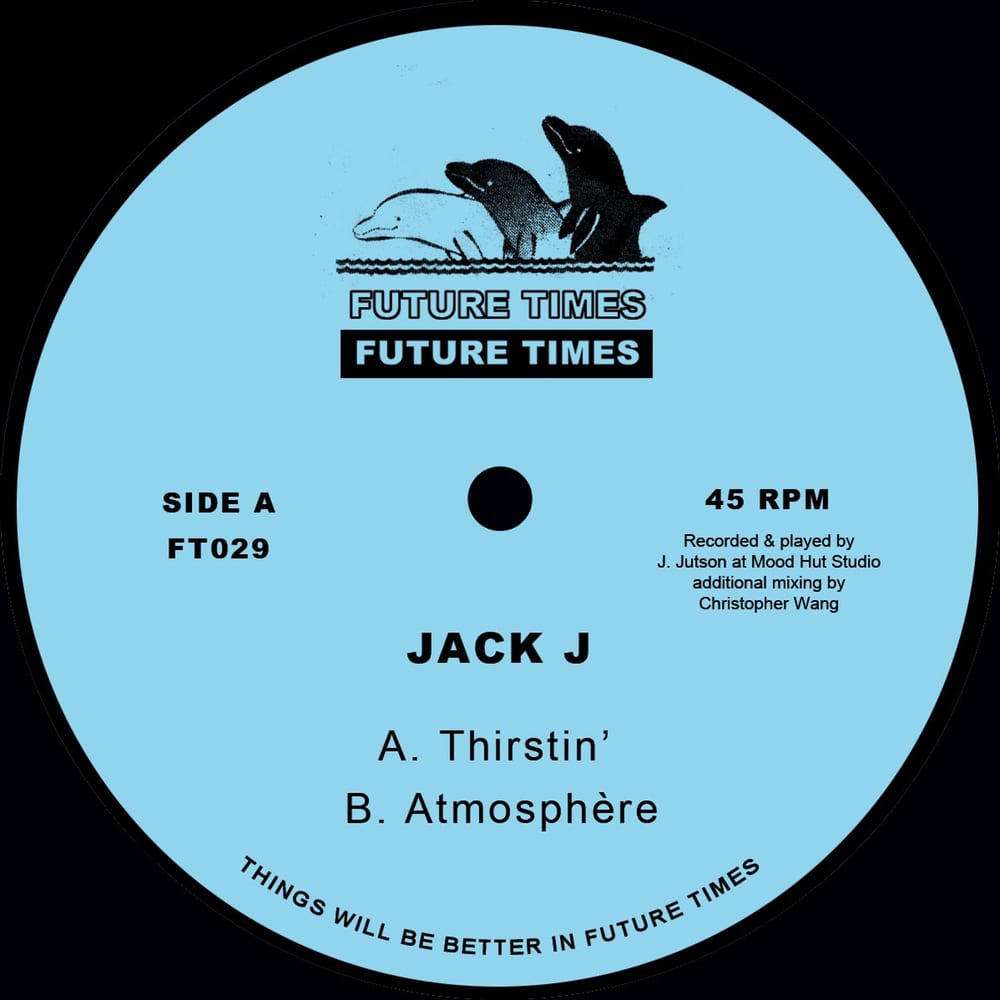 Both solo and as one half of Pender Street Steppers, Jack Juston absolutely dominated 2014. As his Mood Hut imprint continues to go from strength to strength, with ace recent material from PSP and House of Doors, Jutson’s come up on close affiliate Future Times with a sequel to last year’s superb ‘Looking Forward To You‘.

Jutson’s solo work is a little busier and groovier than his work with the Steppers, and on the A-side ‘Thirstin‘‘ we hear a return of his delicious zigzag basslines and melodies that’ll warm you to your bones. Here Jutson himself adds vocals to languid keys and a range of playful percussion, and while its as welcoming a track as he’s ever produced, the loss of his previous output’s subtle melancholia is felt keenly – it’ll put a smile on your face but there’s something almost too simple about this one.

B-side ‘Atmosphère‘ is a more restrained construction, as Jutson adds a lacquered piano line to shuttering dubbed-out percussion which brings back the tension that the A-side lost. While Thirstin’ may be a groovy song, Atmosphère is the real jam here, showing just why Jutson will hold onto that house throne a while longer.

Thirstin’ / Atmosphere is out now on Future Times, order a vinyl copy from Bleep.