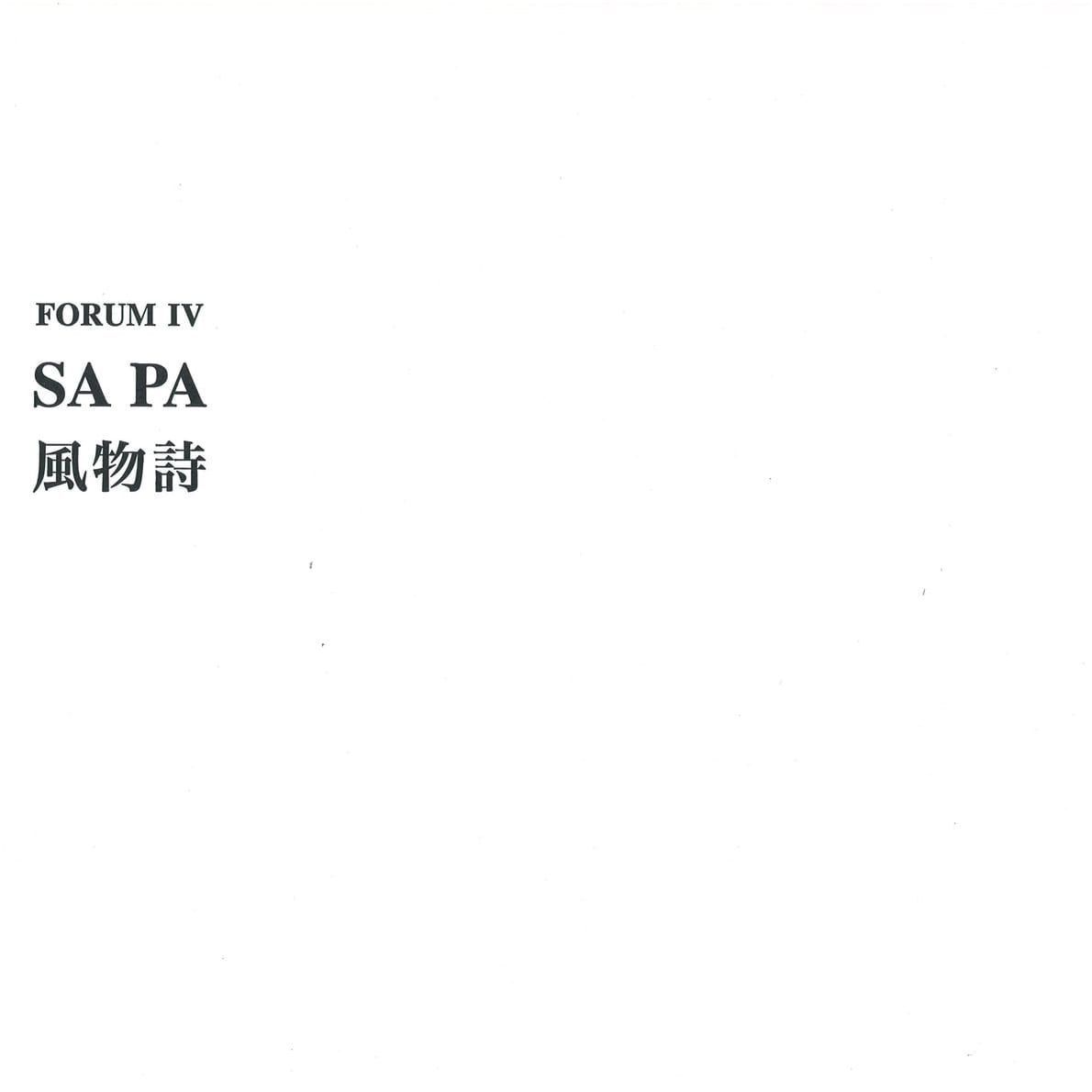 Both Phonica and Kristina in-store checks by various Inverted Audio writers resulted in an initial dismissal, for the latest album offering from Geigling’s offshoot Forum. Thankfully the, ever excellent, Kristina staff chucked a copy on the shop speakers and as with anything in the experimental home listening vein, this best comes alive on a decent system.

Now, who might be this Sa Pa? The Japanese title “Fuubutsushi” apparently translates as ‘a poet’s reminder of a specific season’ yet given the distinctly occidental linguistic flourishes of the track titles, it feels unlikely that this mysterious artist is indeed Japanese. Perhaps we should just assume it’s one of the Geigling mob and concentrate on the music.

‘Cagean Cramps’ buries metallic scrapings and unintelligible voices deep in the mix with a surround of bristling pops and crackles. Deconstructions of, what sound like, deranged Heath Robinson robots humping combine with other unidentifiable looped sonics to propel tracks like ‘Pessel’ and ‘Underwater Rock Walk’. Muted kicks are just about the only recognisable starting point when it comes to identifying sound sources here. Snares and hats barely get a look in – replaced by spiky broken clicks, rasping oddities, street sounds and even a touch of birdsong.

As the title alludes, this is very much an album of memories and reminders – perhaps a collection of that jumble of abstract sounds that rattle around the echo chamber of your mind after a big night out dancing. A brittle, broken audio hallucinogen – mixing the outside world with the club and creating a compelling netherworld in the process.

Fuubutsushi is out now, order a vinyl copy from Phonica.

Discover more about Sa Pa and Forum on Inverted Audio.