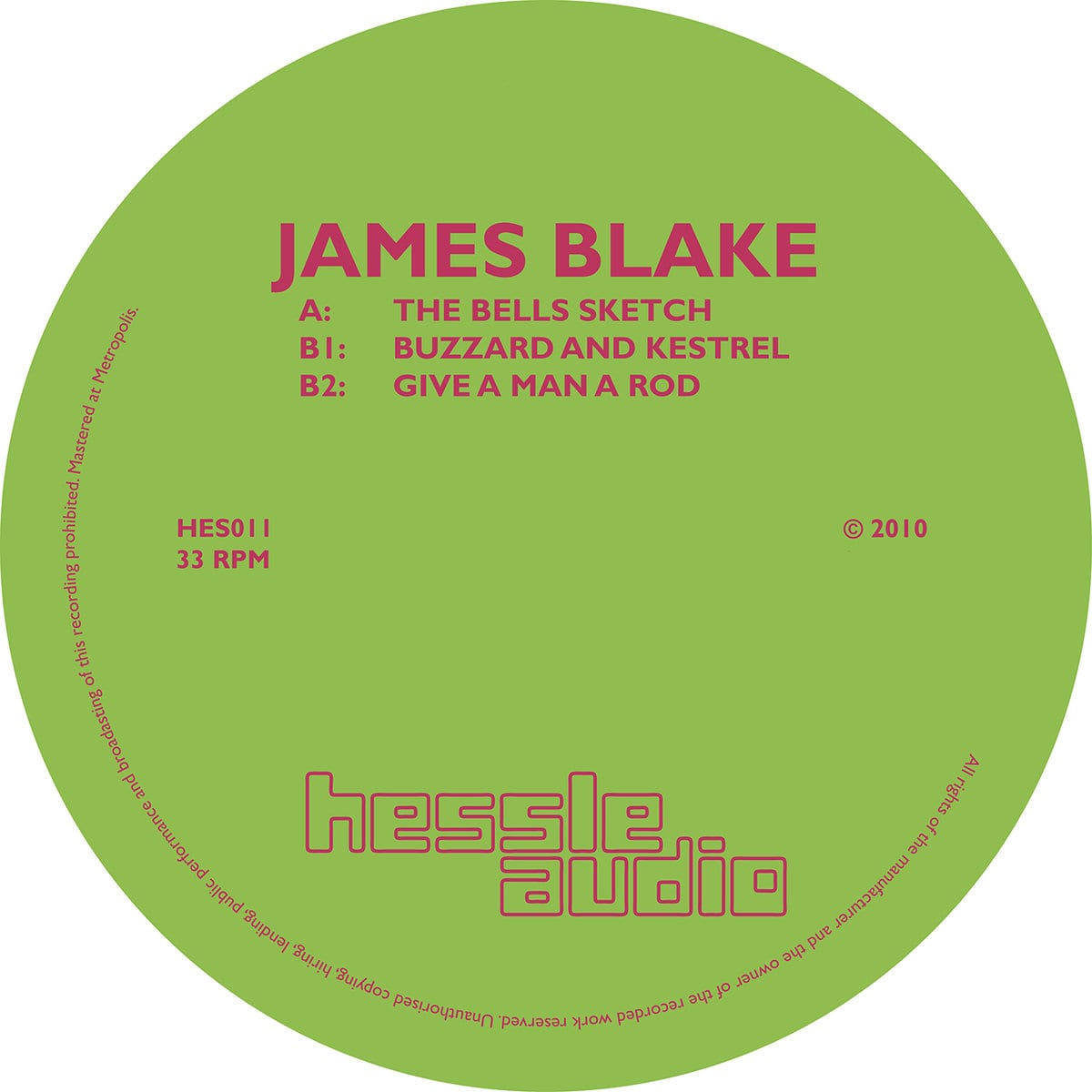 How the hell is this stuff going to get documented and referred back to in years to come? It’s something I often wonder about. Everything I write about this stuff turns into a debate over genre titles, who or what is influencing it, where is it going? To the point where it seems as if every producer is just doing whatever they want, unwilling to work within my preconceptions of what might come next. It’s damn right rude – and James Blake is a key protagonist.

Of course this is healthy, this is why I love this music. Who wouldn’t want to gawp confusedly at every dance they attend, be moved to some speechless state every time they put on some headphones. It’s a wonderful thing, even if half your friends and family think you’re some kind of simpleton for it.

So, James Blake. Hessle Audio. Of course it’s huge. ‘The Bells Sketch’ is some real bug-out stuff. This tune has so much prowess it’s unreal. A truly formidable track. I don’t think I managed to get all the way through it until about 2 weeks of listening to it. Usually only managing to get a minute in before wheeling back – then repeating this two or three times before stopping it and walking away. Or perhaps just sticking on some soca to lighten the mood. It’s another fine example of James’ work though. For all the darkness, there’s a definite groove to everything he makes. It has everything, insane space in the track creating a sense of pressure. Incredible amounts of funk dotted throughout tracks via synths that squeal like some great sense of relief. All the signs of a man with direction.

Buzzard & Kestrel is some serious face palm material. Tumbling keys build until an outburst is reached which sounds like James Brown unleashing his full sexual power. Interviewing him last year gave me a little insight into how he goes about making music. By which I mean, a very little idea. After being sent this I just didn’t know what to do with it. It’s too much for a Christmas Eve bar crowd, that’s for sure.

‘Give A Man A Rod’ is just as enthralling. Instead of reading me attempt to use clichéd metaphors and failing massively, just feel free to imagine me singing “It’s too sick, it’s so sick, go out and buy the damn record already…” over and over again.

All this after a couple of fine releases already this year. A 10″ on Brainmath, with old friend Airhead was equally ace stuff. ‘Pembroke’ had been on my want list since the pair’s Mary Anne Hobbs mix, and the flip ‘Lock In The Lion’ has to be one of the biggest growers of all time. Then there was the Harmonimix 12″, which I thought would be one of those “This is amazing…” for two weeks kind of records – but I definitely still love the ‘Bill Bill Bills’ remix. Even if the Lil Wayne one has been tainted by some other recent on goings in my life leaving me a little over exposed to little weezy. Slowly but surely James Blake is stealing all of my money, but for the minute I’m cool with that. Especially until I get my hands on that R&S release.

A. The Bells Sketch
B1. Buzzard And Kestrel
B2. Give A Man A Rod