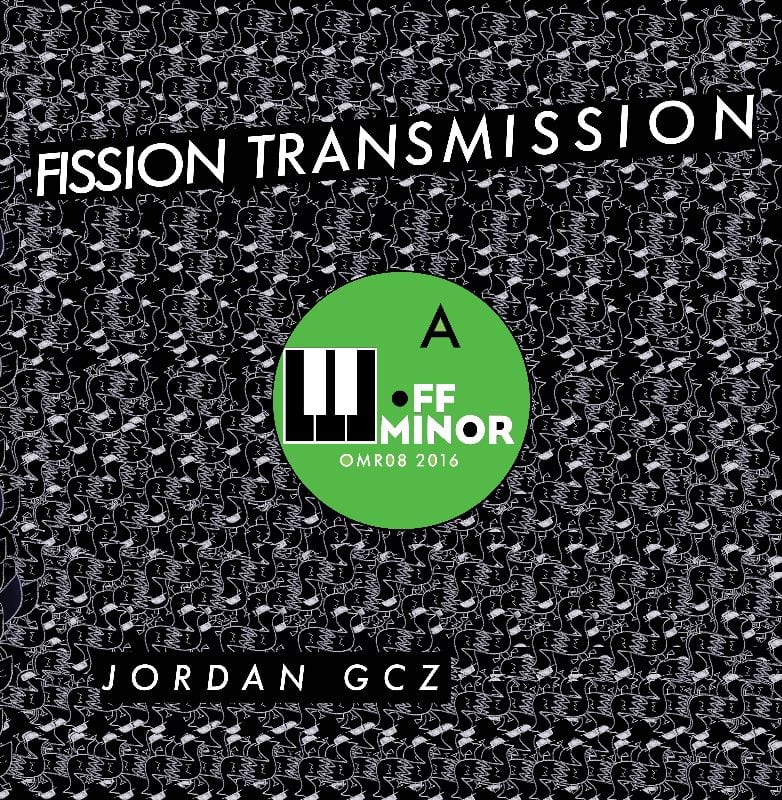 Since christening Off Minor with his own solo debut ‘Crybaby J‘ back in 2013, the “notorious GCZ” hadn’t released on his home stable, surfacing on his friend Max D’s Future Times with the chilled ‘Digitalis‘ before delivering the multisensory ‘Lushlyfe‘ diptych, a mind-expanding blend of luxuriant soundscapes that just saw its second volume land in the Rush Hour ‘No Label’ series.

‘Fission Transmission‘ perpetuates the shift operated by Czamanski’s latest atmospherical iterations in terms of extended track format, the A side sheltering a 15-minute flexile monolith commuting jazzed-up ambient textures and polymorphic Italo-infused grooves within a complex grid of modular interlockings. On the flip, two ‘drum / no drum‘ variations make for complementary club tools.

Just like its two DJ-friendly offshoots of the B-side, the main cut moves back and forth from a churning arpeggiated momentum, going in for a loud mess of acidic bass lines unfurling at hyper-speed for its first half, progressively stripping it of its passive-aggressive rags and drifting to profound inward-gazing spheres.

That’s where the Amsterdam producer does wonders: layering these subtly-hued audio strata, scratching a cracking varnish of hard-wired robotic frenzy finally giving birth to a deeply immersive pool of organic sounds, bringing it to external fruition like one develops an inert film into a proper speaking image.

But it’s all sharing the same DNA in the end, the previously hidden poetic matter blooming into a second half that elevates to straight up quilted, mellifluous skylines with an ever strong sense of space-construction and temperance. Revealing through the immediacy shown in both of the track’s floor-aimed opening sequence and pensive finish is undoubtedly an inspired producer at the summit of his technical mastery.

Arraying a well-tried acumen for pulsating analogue drifts and improvised jamming, this new outing clearly bears the seal of the high-flying sets that have seen him establish as one of the finest live performers along with his partner in crime Gal Aner under their Juju & Jordash guise. If you consider music to be the most boundless, universal vehicle of any languages, wait for this to transport you into territories you’re not about to visit anywhere else.

Fission Transmission is out now, order a vinyl copy from Juno.

Discover more about Jordan GCZ and Off Minor Recordings on Inverted Audio.