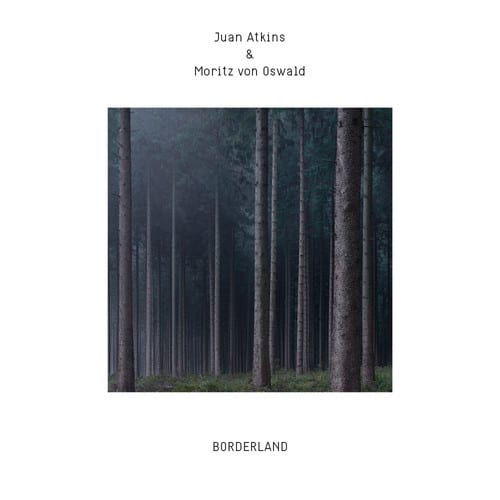 The words seminal and legendary can often be carelessly bandied around in the critical world. In the case of the creative meeting of minds between Moritz von Oswald and Juan Atkins, there is little danger of over-inflating the credentials on show. This album sees the scene defining pioneers find a complimentary middle ground between the spacious hypnotism of dub techno and the jazz flecked optimism of Detroit techno.

Moritz von Oswald’s fondness for carefully measured undulating movements dictates the structure. The first five tracks ease into each other, featuring three of four interpretations of centrepiece Electric Garden – a smooth piece of dub electro which then weaves in a Detroit influence through aquatic organs, elusive pads and muted jazz trumpets.

Elbowing their way into this sequence, Footprints stays true to theme but adds a crispness to the atmosphere with heavily swinging 909 hats, while Treehouse closes the movement with a house tangent of cheeky solos.

Electric Garden returns in its final Mars Garden form after a brief but highly tangible pause. Its variant lets highly textured and phasing fx toy around with your peripheral hearing, proving that there is more to dub techno than slapping a cavernous echo VSTi over that one synth sound. The album then ties off in determined fashion with the purposeful bass tumbling of Digital Forest and echoing arpeggio coda of Afterlude.

Borderland’s success lies in its subtley, but it can also be its achillies. It requires a commitment from a listener, and doesn’t unfurl its full potential to the casual track surfer. This in mind, those who set aside a slice of life to walk in the misty gardens of Borderlands will find no better way to hypnotise an hour away.