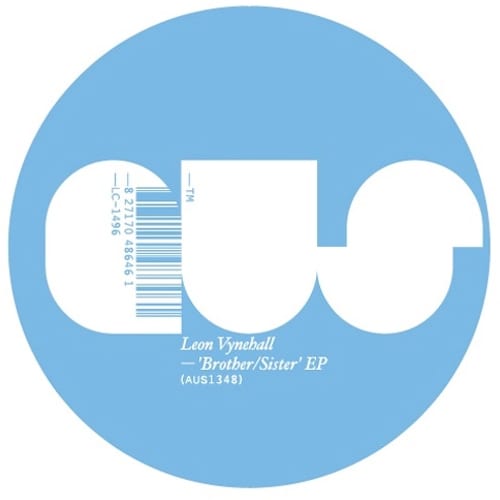 Will Saul’s Aus imprint continues its 2013 victory lap after releases from Glimpse, Midland, Dusky, and Bicep by welcoming rising house magician Leon Vynehall to the fold. Across EPs for ManMakeMusic, Well Rounded and a recent collaboration with A1 Bassline, Vynehall has been making a name for himself with his dusty, soulful approach to house music; prioritising emotion and atmosphere over quantised beats and big-room sensibilities.

With his inauguration to the tastemaking label, Vynehall shows himself on top form with a rugged pair of house cuts steeped in catchy grooves and feelgood vibes. These two cuts compliment each other perfectly, A-side Brother being the club weapon of choice. Here twitching snares and an array of terse vocal cuts introduce a thumping kick and lurching sub-bass pressures, efficiently preparing the listener for the track’s melodic core. The track’s key constituents are simple enough but it’s the organic execution which makes this track a winner; sharp piano stabs and a detuned whirring demand the listener move to these irresistible riffs.

Brother’s slower companion is the aptly named Sister, a deeper excursion into meditative territories that draws out the emotive strains often lurking in Vynehall’s sound. A mournful chord sequence underpins clattering percussion, accompanied by synths that distend and emote in a fashion reminiscent of Floating Points. It’s a smooth, soulful tune; the subtle vocal clips adding a powerful sense of longing to the track, making for a sweeping, dramatic buildup to the second drop. Over a consistent series of releases this year Vynehall has utterly nailed his sound, and Brother / Sister is no different, cementing his position as one of the UK house scene’s most reliably striking newcomers.