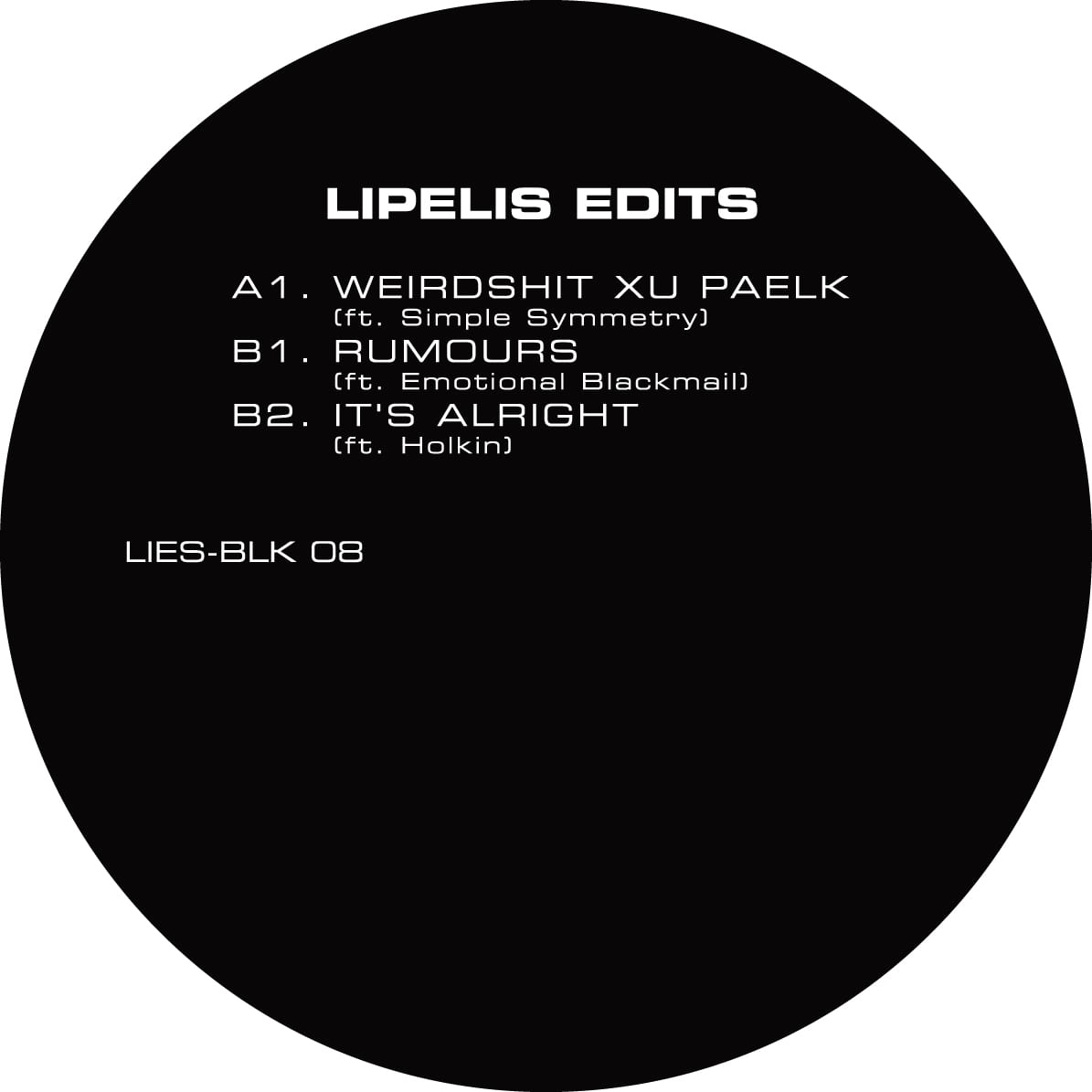 When L.I.E.S.‘ new black label first emerged, reactions from the label’s fans were, say, split between two opposites. Some immediately recognised the touch of a proper edit master in the person of Moscow producer Lipelis – also known as TMO – while some others didn’t seem to get what’s so formidable about these three cuts of smooth-sailing, disco-sweating material – albeit the EP certainly counts as one of the most compelling output released by the Long Island stable in recent times.

Leonid’s Edits use very diverse sampling chassis. ‘Weirdshit Xu Paelk‘ showcases a bizarre cabinet of wonders, borrowing its obsessive double synth inflections from Caroline Loeb’s ‘C’est La Ouate‘ while off-beat snares and twangy, off-the-wall Thai folk vocals make for the perfect launchpad to a more danceable moment bursting on infectious guitar riffs and lively bongo drums. As much of a goofy blender as it is of an instant grabber.

From disparate elements – different rhythmic structures, diverging musicality, Lipelis craftily knocks them up to deliver plain evidence of his assembler’s skills. The mushy ballad ‘Rumours‘ picks up the torch with a sentimental bunch of soppy lyrics coupled to some funk-soaked bass fiddling and balearic guitar chords melting under a lead-heavy sun, plot-twisted around its half into an electrified soft-metal serenade that’s not sparing with epic guitar solos.

Closing the flip is ‘It’s Alright‘, a rework of Barbara Markay’s ridiculously lewd ‘It’s All Rite To Fuck All Nite‘ – guess what’s okay? Re-arranging the original song structure with a loud sub bass and omnipresent acid bleeps and whistles for more direct floor impact, Lipelis turns the rather static movement of mariachi trumpets into a whistling samba-friendly anthem that revs up to a properly club-aimed tempo.

The quality of an edit comes as much from its ability to shed a light on obscure digging finds as it invites to read between the lines of the original mix, updating or simply re-adapting it with a new functionality. This is where Lipelis operates and excels, dishing out tasty material for the most uninhibited of disco nights with a good dose of fun. If you haven’t copped it, pray for a repress. The EP is already flying off for indecent prices on second-hand market and there’s a good reason to it.