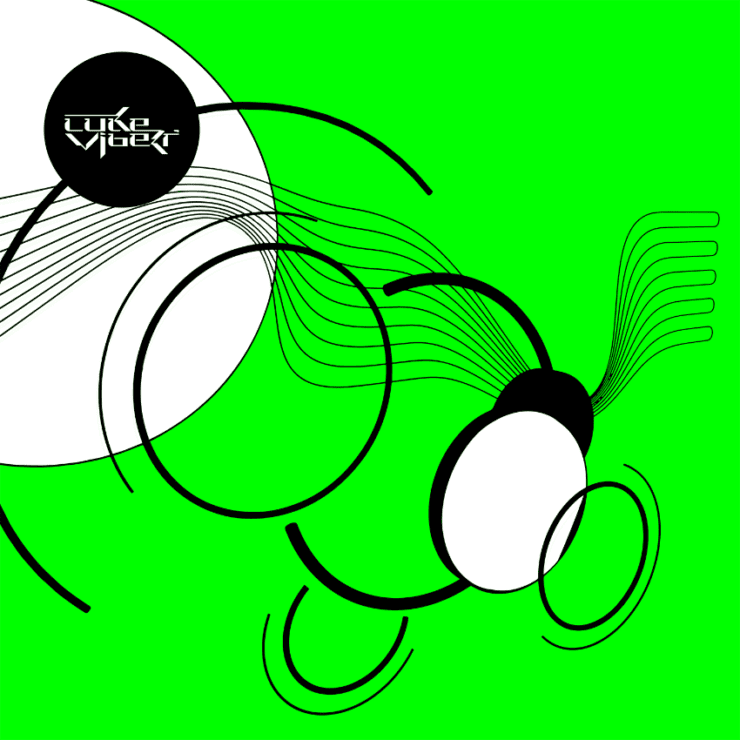 Over the last three decades, Luke Vibert has been at the heart of UK electronic music’s evolution. Before moving to London, he spent his early years in Cornwall alongside Aphex Twin and the Rephlex crew. Once in the capital, he made music under his experimental alias Plug, and dialled down the tempo – but retained the intensity – as alter ego Wagon Christ.

With releases stretching back to the early 90s, Luke Vibert obviously knows a lot about the development of rave. He demonstrates his encyclopaedic understanding on ‘Modern Rave’, the second in a new trilogy of albums on Hypercolour.

There are ubiquitous rave tropes galore, of course – hefty breaks and basslines, knife-sharp synth stabs, and vocal hooks that whirl around your head for days. ‘Beef’ and ‘Feel One’ introduce the piano; ‘Acid’ throws a 303 into the mix. But Vibert isn’t content with regurgitating formulas and paradigms: his productions contain an abundance of originality and detail.

There are many subtle twists and turns, like the sudden drum fill transitioning to harder breaks at the beginning of ‘Beef’. ‘Better Forward’ sounds at first like it might be a stripped-back jungle track, but soon explores jazzy harmonies and the sort of keyboard noodling more expected from a producer like Hanna. Although Vibert’s not reinventing the rave wheel, he’s certainly embellishing it as it turns.

Wit and eccentricity have always been a part of the Cornish producer’s style, and the tunes on Modern Rave are no different. ‘Fresh’ uses an orchestral sample from an old film or cartoon. ‘Ladies’ has a quaint-sounding chain of chords, perfect juxtaposed against the hard-edged, hyperactive breaks. Samples of an academic-sounding “can you go further?” play off the rising intensity of the arrangement on ‘Acid’.

Vibert’s penchant for the bizarre comes to a head on ‘Groovy Break.’ Helium vocals collide with high-pitched whistling, turntable scratches, and a gloopy bass that’s stretched and moulded like dough. At times, everything feels ridiculously out of proportion (in a good way!), like rave’s reflection in a curved circus mirror. ‘Groovy Break’ demonstrates that Vibert can pack so much into his productions, causing tracks like ‘Dream’ to seem almost straightforward by comparison.

Sampling, as expected, is omnipresent, and there are lots of familiar fragments. ‘Sky’s The Limit’ foregrounds samples from post-disco classics by D-Train and Fonda Rae, whilst ‘Ecstasy’ recycles snippets from Michael Jackson’s best-of. Other rave precursors are also honoured; ‘Feel One’ samples Mr Fingers’ seminal ‘Can You Feel It’, and ‘Numbas’ uses vocal snippets to pay homage to funk and Kraftwerk’s proto-techno.

Even whilst highlighting rave’s roots, Vibert invariably responds with his personal touch. On ‘Numbas’, the nauseous voice that counts to six sums up the producer’s approach: absorbing rave’s conventions and past before offering something new. Modern Rave – although thoroughly contemporary and idiosyncratic – has this dialogue with history at its heart.

‘Modern Rave’ is out now on Hypercolour. Order a copy from Bandcamp.