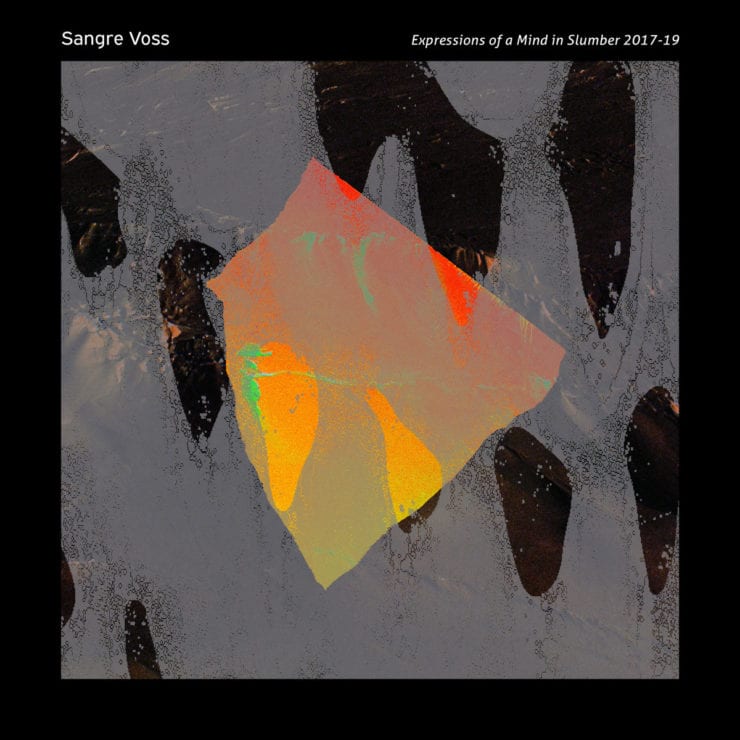 Musical explorations of the bizarre world of dreams have long been a source of inspiration and innovation, musicians across all fields of music seeking stranger methods to realise the substance and secret messages of their unconsciousness.

Sangre Voss’ contribution to the array, via London-based record label Third Place, comes from a standpoint of innovation via open source tech. Combining machine learning and spectral ambience, ‘Expressions of a Mind in Slumber 2017-19‘ is exactly that: the producer’s own sleep talk, moulded into slices of Dreamworld ambient.

Code powers software, which automatically listens and records a subject’s nocturnal utterances; the produce is arranged with preciseness and intuitive ear into otherworldly refrains. The results provided grant the album’s steering, and it is of course unique to the individual: Veering from the calm yet foreboding to the downright eerie, Voss remind us that dreams are rarely entirely peaceful realms.

‘Naked Fridays‘ gasps nonsense at the lip of a spiralling whirlpool, half-drowned in sub bass; ‘Man-bag (that’s terrifying)‘ is a diminuendo describing anxious panic gradually accepted into a state of familiar unease. Then there’s the peaceful sequences: ‘Deep Dark Multiple Vaser 2017′ cautious guitar, reverberated into oblivion, summons scatterings of crisp echoes; ‘All Candidates Were Lush‘ is closer to what the typical listener might imagine of “dream-influenced ambient music”, a walk almost through memory, haloed by a golden light.

The titles, you may have guessed, are drawn from the amusing drivel that Sangre records in his sleep. Surprisingly, the entertainment value of these statements doesn’t run thin, neither does the album rely on it too heavily. Voss’ productions carry the record just fine on their own; the samples are there to embellish the productions rather than guide them. And, as much as they are amusing, amongst the nonsense there is also haunting rasps and pleads to the invisible.

The result is a distinctive record. Naturally because of the identity of Sangre Voss being so integral to it, consciously and unconsciously, but also in its methodology: alongside the release, links are provided to the Github source of Somniloquy, the name of the software, with encouragement to experiment.

For the somnambulist lovers, a small run of special edition packages ties the bow on top — a pillow-shaped USB, “lyrics” (as much as is translatable), plus a sandalwood incense brick to set the mood — much like the album, entertainment above novelty. For a small imprint, on its fourth release, shows genuine initiative and true DIY spirit.

‘Expressions of a Mind in Slumber 2017-19’ is out now via Third Place. Order a copy from Bandcamp.