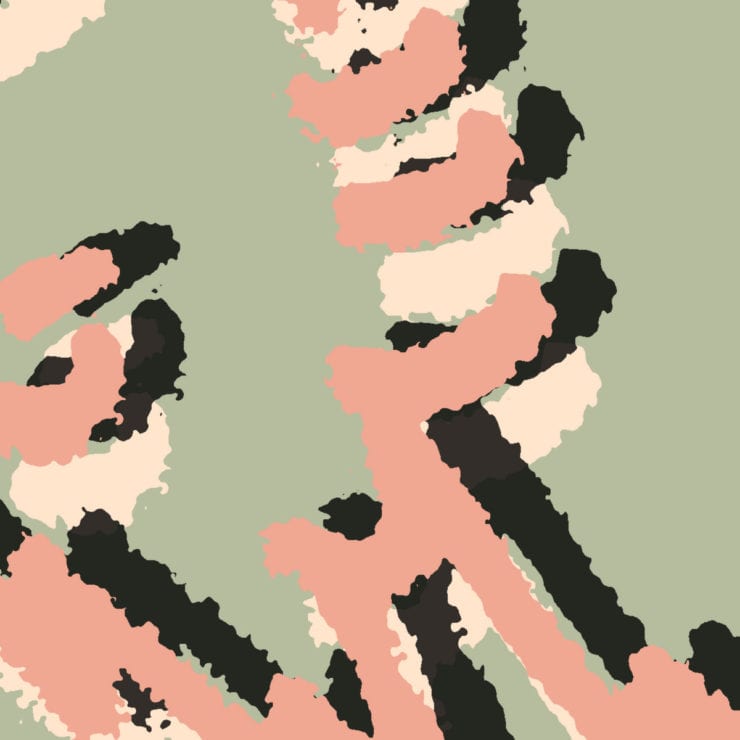 Okänd Konstnär’s last solo release as Shielding came in the form of a delicate and richly textured EP called ‘Innerlig’. In English, that could be translated to mean earnest, intimate or sincere, a fitting title given that record’s evocation of cosy after-hours sessions spent bonding with friends. Konstnär’s latest, which arrives on Bristol’s Wisdom Teeth imprint, is equally warm and subdued, but with an added dash of dub techno flavour.

Picking up where K-Lone’s meditative ‘Cape Cira‘ LP left off, ‘Collecting Seaweed‘ appears to coincide with a change of direction for Wisdom Teeth or, at very least, a foray into more atmospheric electronics. Whether this shift in focus has been conscious or coincidence, these past months of isolation have provided labels and producers with the perfect moment at which to explore less club-focused releases.

Rather than elicit nostalgia for sweltering dancefloors, the gentle pulse, blissful pads and tranquil atmospheres that run throughout this release are more aligned with the natural world, perhaps drawing inspiration from the beautiful surroundings of Stockholm where Shielding is based.

With understated percussive elements bubbling across a backdrop of shimmering synths, ‘Mossa’ is a great example of Shielding’s ability to conjure natural imagery. ‘Dunsta’, the EP’s opening track, is similarly textural and transportive. The listener drifts through calm and shallow waters, bathed in dub chords and barely-there drums, catching the glimpses of light play across the surface. ‘Grass Snow Rain’ touches on similar themes and is a mixture of electronic and organic tones that swirl in hypnotic polyphony.

Though the Basic Channel comparison is an obvious one, particularly obvious on a track like ‘111 Ways’, Gathering Seaweed’s sonic palette does call to mind much of Mark Ernestus’ and Moritz von Oswald’s more ambient dub techno. However, the duo’s pioneering works in this style, tracks like ‘Radiance II‘ and ‘Trace‘, are subtle, incrementally shifting soundscapes.

Shielding, on the other hand, seems to favour more dynamic compositions, particularly where drums are concerned. ‘Reserv’, one of the release’s highlights, is a good example of this, with UK techno rhythms refracted through a smudged lens. The results are fresh and hypnotic, certainly devoid of any derivative air that can plague releases with dub techno reference points.

‘Collecting Seaweed’ EP is scheduled for release 10 July via Wisdom Teeth. Order a copy from Bandcamp.