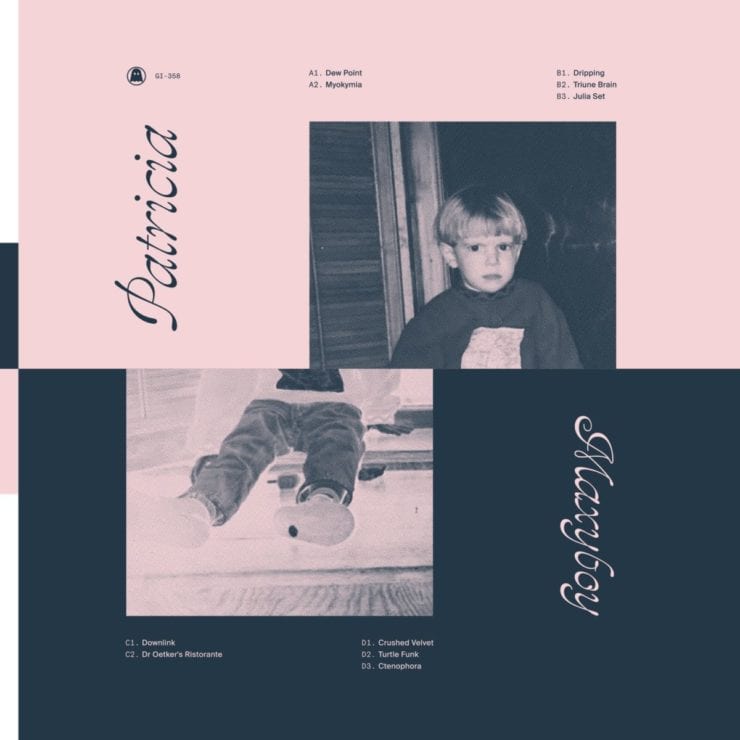 An early exponent of the dust-coated house that rose to prominence a few years ago, the music of Patricia has always possessed a quality that imitators have failed to recreate. Max Ravitz’ deceptively carefree take on the genre can be heard across a number of EPs and several albums. Many of the warm, reverb-drenched tones that run throughout the Patricia discography can also be heard on the artist’s latest album release, ‘Maxyboy’.

The promotion for the Chicago-native’s latest album stated that the album would see a departure from some of the ‘lo-fi’ sounds that have coloured the rest of the producer’s catalogue. Indeed, ‘Maxyboy’ is far less lo-fi than much of Ravitz’ previous output, though many signature motifs remain. And while it’s also more stylistically diverse than other Particia releases, touching on techno, electro, IDM, house and ambient, Maxyboy is an emotionally cohesive project, much of which has a melancholy tinge.

The tracks that deviate the most from the established Patricia template are some of the most interesting on this release. A slice of whimsical IDM, ‘Myokymia’ is a good example. Here, high tempos and high-pitched synths collide to form a lightspeed lullaby. The mournful futurism of ‘Triune Brain’ is another highlight and feels indebted to the emotive electro of artists like E.R.P.

‘Downlink’ begins with echoes of wistful synths before introducing frantic hit-hats and a pad that conjures up images of antiquated video games. The melodic acid line that appears halfway through the track feels quintessentially Patricia, a Ravtiz staple that we also encounter in ‘Dr Oetker’s Ristorante’ and ‘Dew Point’. The melodies in ‘Julia Set’, which is positioned as a kind of ambient intermission, also feel typically Patricia. One could imagine them echoing throughout a warehouse as part of one of the artist’s excellent live sets.

Maxyboy demonstrates that Patricia is no newcomer to the full-length format. While the 10 tracks here all have the potential to feature in DJ sets of various kinds, it’s an electronic LP that’s also fit to listen to in its entirety, which can feel like a feat at times. It’s diverse, but not to the point where it feels like a compilation, and manages thematic consistency that’s impressive given the range of genres which it explores.

‘Maxyboy’ LP is scheduled for release in vinyl and digital 26 June 2020. Order a copy from Ghostly.