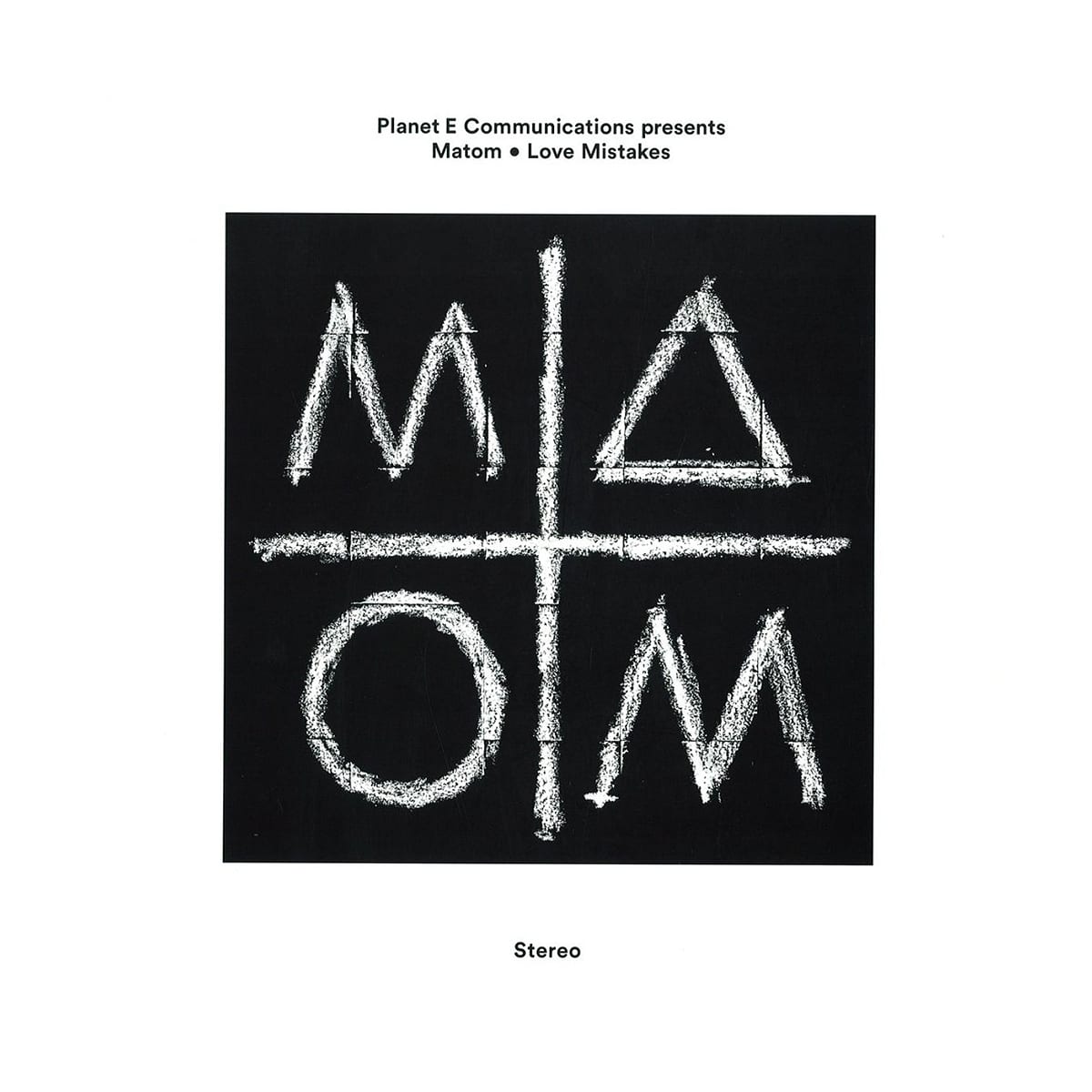 Matt Edwards and Thomas Gandey’s maiden album under their Matom moniker, ‘Love Mistakes’, provides a striking counterpoint to the formulaic feel of so much electronic music. Conceived as a homage to Berlin’s iconic Hansa Studio, the spawning ground for classic albums from Iggy Pop, Tangerine Dream and David Bowie’s fabled Berlin Triptych, ‘Love Mistakes’ is evocative of a live jam session. Tracks evolve organically and unpredictably, as flourishes of Gandey’s piano contrast Edwards’ sparse, brooding soundscapes that provide the ‘spine’ of each track.  The resulting album exhibits the strong sonic understanding the pair has built up since they began collaborating many moons ago.

Although best known for his club-oriented output as Radio Slave and his work as the Rekids paterfamilias, Edwards has explored a range of different sonic palettes throughout his discography. His Quiet Village project with Joel Martin traversed eclectic exploratory soundscapes – in some cases coloured by Gandey’s keyboards – while his largely overlooked and sorely underrated 2010 album as The Machine canvassed disparate global influences and samples. While traces of the Matom sound are discernible in both of those projects, it is Edwards’ track ‘The Struggle’ with Martin as Maxxi and Zeus, featuring a cameo appearance on keyboards from – you guessed it – Thomas Gandey that sits closest to the atmospheric soundscapes which imbue the Matom project.

Gandey and Edwards began crafting Love Mistakes in 2009 and even played a few live shows together as Matom in 2011. Three years on from those concerts, Love Mistakes retains the raw quality of a live performance, with the creators breaking away from well-worn conventions by embracing a freeform method.

The album is comprised of eight piano-based experimental sketches, the majority of which eclipse the ten-minute barrier. Free from the commercial imperatives which dictate tracks be squeezed into accessible timeframes, the album possesses a distinct spaciousness, often augmented by the subtle use of reverb. The first four-four beat doesn’t surface until the third track, ‘Hansa’, which although evincing vestiges of Radio Slave productions – albeit at a slower BPM – veers away from the dancefloor towards more cerebral realms.

‘Warsaw’ is an intricate meld of dub techno and blues interludes, while ‘Zazu’ delves into blissed-out psychedelia through cosmic synthesiser bursts which listeners may find redolent of Tangerine Dream or Darkside, depending on their generation. (In fact, this album could’ve been packaged as a more daring and enterprising take on the contrasting styles pursued by Darkside on last year’s Psychic album.)

‘Piano 2 Variation 4’ is a vehicle for Gandey to exhibit the piano prowess he brought to Edwards’ epic twenty-eight minute remix of the DJ Hell and Puff Daddy collaboration ‘The DJ’ and strikes one as the sort of tool Edwards could utilise very effectively in a Radio Slave DJ set. However Love Mistakes is not the kind of album where one is wowed by individual tracks. Rather, it is an excursion through textured soundscapes that’s best appreciated when listened to in a continuous block. Love Mistakes is a rare beast: a concept album that packs the enduring substance to captivate listeners long after the ephemeral allure of the concept itself has dissipated.

Love Mistakes is out now, order a vinyl copy from Juno.

Discover more about Matom and Planet E on Inverted Audio.