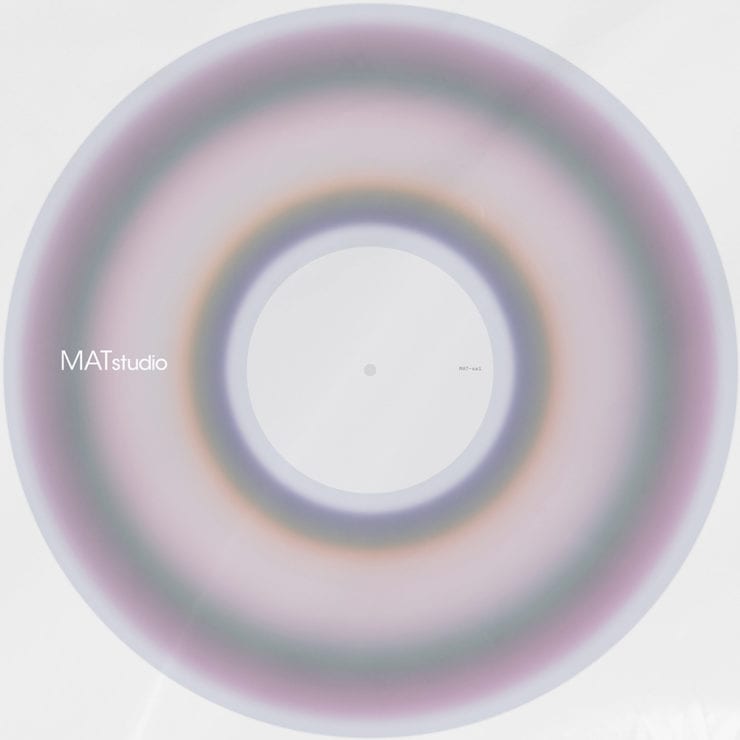 The two even work well together, as heard on 2017’s ‘​Passive Aggressive‘​, where string-plucking mingled with gleamingly inadvertent synth chords. It is no surprise that the latest release in the label’s catalogue comes from both Nash and Kraft, two producers who have steadily grown closer and closer together in their sound since the label’s start.

However, ​’MATstudio 1′,​ the first in a new series from the label, takes on a distinctly riskier sound than Nash and Herrera’s typical formula. According to the press release, the series centres around “collages of improvisations, experiments and accidents” that occur in the duo’s shared Amsterdam studio.

The first collage demonstrates such endeavours perfectly. On “In Strange Company He Spoke Softly”, choppy angelic guitar riffs welcome the listener, merging the serenity of acoustic instrumentation with the chaos of digital sampling. It sounds altogether new, yet familiar, barely holding onto the classic Nash / Kraft formula. The listener can hear Nash and Kraft trying to kick some of their usual tendencies by layering in unconventional percussion and vocals.

Taking quite a turn, “In The Land Through Which We Pass” is the more challenging of the two tracks. In its introduction, Nash and Herrera opt for wavering metallic chimes, reminiscent of Harry Bertoia’s ​Sonambient sculptures​. Later, the listener is thrust into a symphony of early-electronics synth pinging. As soon as they arrive at a rhythm, Nash and Herrera quickly jolt the listener down another glitchy excursion. Faint melodies erode into harsh glitchy loops akin to skipping CDs​. By the end of the track, the two return to their ethereal roots, overlapping a cadence of pristine synths with a mellow beat. It is a calming finish to the track’s difficult beginning.

These frantic collages may lack direction but they do illustrate the duos ability to change their historically unwavering sound. Albeit a diverse and disorienting 35 minutes, it is refreshing to hear the ambient perfectionists embrace a more vulnerable and honest approach to their music.

‘MATstudio 1’ is out now, order a copy from Bandcamp.

1. In Strange Company He Spoke Softly
2. The Land Through Which We Pass

Discover more about MATstudio and Melody As Truth on Inverted Audio.