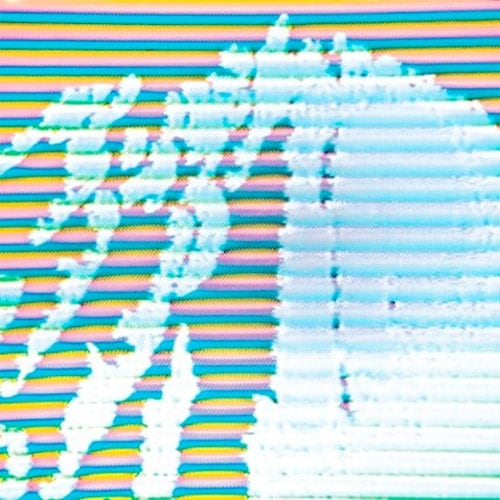 The opening moments of Matthewdavid‘s ‘Outmind’ resemble tumbling headlong through a portal, the only indicator of location coming from a distorted radio identifying the environs as Los Angeles, California – looking down at the city scene shrouded in heavy smog.

As far as opening descriptions go for the latest Brainfeeder release, it’s rather apt. ‘Outmind’ is like a dirty swimming pool in the sky, a purgatory above LA, equal parts steam and crushed ice – the presiding sonic emotion is supervenience.

A word or two on the visitors before diving right in, Dog Bite aka Phillip Jones lends faded sermonic tones to International, floating in and out of proceedings like a mangled returning soul. Jones’ other work with Acid Flashback is well worth perusing for those in thrall to his casual graces. Steve Ellison’s cameo on ‘Group Tea’ is that of a catalytic enhancer, bestowing a brooding clarity that always refreshes.

‘Noche y Dia / San Raphael’ has a heart of gossamer, lost melodic turns encased in a humid electronic duvet that reeks of the tribal and the industrial. ‘Like You Mean It’ is pure future sound, a barely restrained pleasure-arced collision that doubles as a statement of intent. Barely restrained vocal snatches glide in and out of the mix, a summer rain evocation that passes in edgeless fashion into ‘Epic Swan’, a relenting brain-frozen sauna.

‘Being Without You’ rears its heads above the parapet as the album approaches the last of numerous sunsets, a broken-down fug that glitters and twists with muddied snares and furtive melodic sideshows.

Blink and you’ll miss the divides that separate the tracks on Matthew McQueen’s debut longplayer – translucent perforations that mask a desperately humid and mystifyingly glacial jungle of sound. Embracing this muddled aesthetic is essential to its appreciation, ‘Outmind’ is a tapestry that shouldn’t be read in one go. Dip in and out as you please.

For every moment bursting with clarity, a smudged parallel exists. Both lead to raptures, gasping for air amongst these heavenly half-ideas is a vital voice, surrounded by contemporaries aware of his deft talents. A true epiphany is surely in the pipeline, but for now take pleasure in watching the ascent.