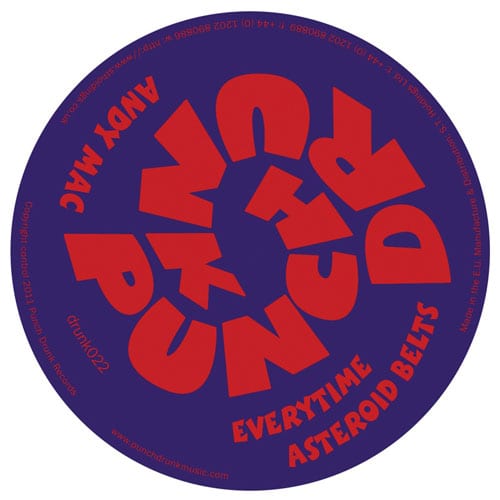 Bristol’s house revolution seems to be marching on at a fine pace. The latest development is Western Union, a locals-only, ‘strictly house’ night in an intimate basement in the city, promising a hub for like-minded souls whose attachment to dubstep is now inter- (rather than intra-) generational. The field is open for producers to step in and make their contributions, and the latest to join the ranks of emerging (and emerged) talent – alongside the likes of Outboxx, Kowton and the much-feted Julio Bashmore – is Andy Mac; little more than just a name at this point, with a stake in the online radio show Fallingup and a couple of hugely accomplished productions under his belt.

Far be it for the old guard of the city to be left behind, though; dubstep veteran Peverelist has been a key figure in the upheaval, showcasing raw, soulful house sounds in his mixes, and allowing some influence to bleed into his own productions too. So perhaps it’s logical that ‘Everytime’, apparently a long-standing Bristol anthem, finally finds a release on Peverelist’s Punch Drunk imprint.

The longevity of this tune is easy to understand – its mid-130s tempo sits it perfectly on the pivot point between dubstep, UK funky and all manner of nebulous bass forms currently doing the rounds, making it an easy sell for established DJs. Warm, boxy kicks and a bedroom-sounding diva vocal point to Chicago, but there’s enough bassweight there to satisfy the UK crowds.

‘Asteroid Belts’ is the more interesting of the two though. A similar percussive template, with carefully crafted layers of claps and snaps, plays host to brittle analogue-sounding synth-work and a lumbering bassline with the slightest suggestion of a jagged edge. Most importantly, though, it takes the plunge below the standard 130bpm-ish tempo centre, aligning itself more with the global deep house movement than any UK mutation. It’s surely only a matter of time before there’s enough of this stuff to build a set or two.