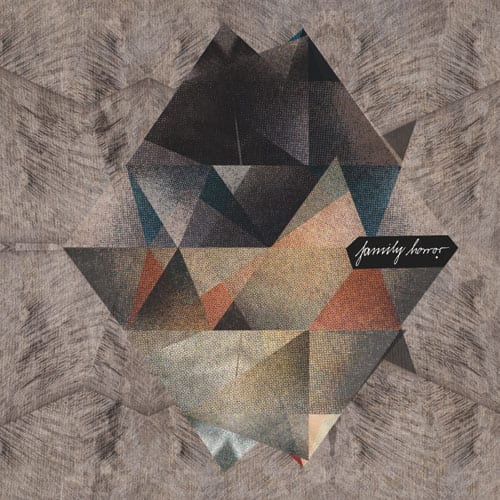 The small but perfectly formed Kann label has been releasing music out of Liepzig, Germany for a couple of years now. Centred around core members Map.ache, Sevensol and Bender, the label’s moderately sized catalogue of releases takes a flexible approach to what house music should sound like, but it’s all tied together with a taste for the more understated – but sonically rich – end of the 4/4 spectrum. That may seem like a vague description, but fear not – there’s no better primer for the label’s sound than ‘Family Horrors’, a compilation featuring regular contributors to the label alongside the likes of Efdemin and the Workshop-affiliated Even Tuell.

Dorisburg and newcomer Falke open proceedings with their respective slices of gently cosmic house. It quickly becomes apparent that this is impressively subtle music: elements waft organically in and out of the mix and percussion is lovingly de-quantized. Dorisburg’s ‘Emotion’ is a particular highlight, ethereal chords and a fragmentary vocal gradually transforming a functional groove into a low-key anthem.

Moving through, Sevensol & Bender perform another transformation with ‘Molly’; this time from more standard fare into a slow-burning acid number, proving that there’s still plenty out there to explore. Similarly, Efdemin’s ‘Plenum’ pairs up his usual subtly detailed percussion with a curiously stilted synth line, gradually extending and augmenting into leaping arpeggios before returning from whence it came.

Even Tuell turns in the kind of analogue jam he’s become known for, but with a Kann-approved level of restraint. Its one-note, tunnel vision groove could almost belong to a deep Berghain floor-burner were it not for the sheer warmth of sound and Tuell’s idiosyncratic detailing. Comparatively, Map.ache’s ‘Enola’ is a little lacking in character, but nonetheless touches the sublime when its clipped, delay-drenched vocal reaches its full form.

The compilation closes with perhaps its only weak spot, Johannes Beck’s ‘Rendezvous’. Closer in spirit to ambient music than club fare (by no means a bad thing), the track sounds subdued, somehow lacking in richness, and doesn’t hold the attention for long.

Let that not detract from the rest of the release, though, and the focus and creativity of Kann’s founder members. All across this compilation, the virtues of gradual, subtle arrangements and minute, lovingly sculpted details are extolled again and again. This is a label with a clear mission statement, however quietly they may express it.