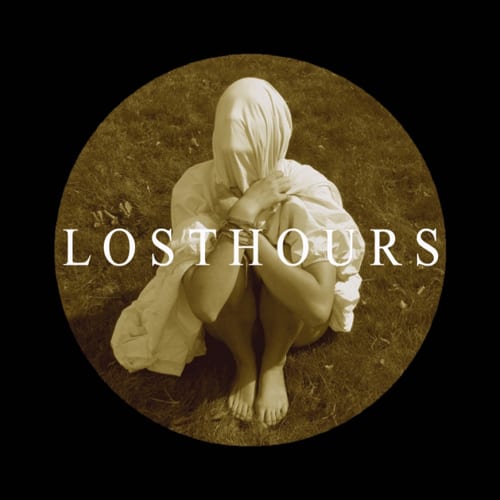 Earlier in 2011, Memotone released his debut ‘Multicolour‘ on Black Acre featuring two original tracks and a padded 4 X 4 house remix by Lukid. Boomkat described it as a “masterful frisson of crisp and sharp, technicoloured hi-end riffage cushioned by wide subs”. Arguably the success of this release was down to two factors – the music contained within allied to the cunning A&R skills of Black Acre for hooking up Lukid on remix duties. Since that release, Memotone has harnessed support from Gilles Peterson and Huw Stephens at Radio 1 as well as Mary-Anne Hobbs for his intricate and idiosyncratic rhythms. Memotone now returns with his sophomore ‘Lost Hours’ on Black Acre.

Memotone AKA William Yates bleeds creativity, he is the epitome of a multi-instrumentalist developing his sound over the last few years, sourcing instruments and capturing his own sounds. His music is often described as a ghostly take on future garage and post-dubstep.

The notion of ‘unknown’ sounds that he sources is deeply rooted in nostalgia. He states that these recorded sounds refer back to a particular moment in his life. Each song is an assortment of sounds and therefore transports him to that time, location or even emotion when he captured them. The listener does not get to delve into the recesses of Yates’s mind or re-simulate those experiences, we merely pick up on the rhythmic emotions that are laced throughout each song and interpret it as we please.

‘Lost Hours’ is steeped in darkness and emotion. It begins delicately, a warm yet eerie synth gently ebbs into a shuffling broken drum loop, whilst Yates steadily builds up a rich atmosphere made up of broken glass and vocals. He steadily builds into the track an emotionally dark underbelly of sound that fortifies this menacing track. In contrast, the character of ‘Small Good Things’ is more akin to the music of Prefuse 73; again with a warm introduction but enveloped with rhythmic drums and an overall more playful sound. ‘Slowly They Creep’ drops us back into that eerie atmosphere Yates first revealed in ‘Lost Hours’.

For me the stand out track is ‘Four Minute Hallway’ featuring Leafcutter John (those not aware of Leafcutter John should understand that he is also a purveyor of experimental sounds and found sounds.) When I saw him perform at Village Undeground prior to Felix Thorn’s performance with his Machines, he played an array of instruments and objects consisting of a guitar, violin bow, rubber balloon, megaphone and MPC unit. For 30 minutes he improvised a unique composition of sound, looping together each element and editing it together to create a composition and this technique is reflected in this collaboration.

Yates’s improvised percussion work is also worth highlighting; “I spent ages recording it in the shower in my bathroom for good ambience, I even went out and bought some new sticks that were slightly softer to play it with”. Upon closer inspection you’ll hear Thom Yorke-esque vocals and an overall more intensified atmosphere, courtesy of Leafcutter John, embellishing the song with the natural sound of rain pitter pattering onto corrugated steel.

Overall Memotone’s ‘Lost Hours’ EP doesn’t break or reinvent any of the rules, however what it does do is present Yates as an exceptionally articulate musician, see him play live and I’m certain you’ll leave wide eyed.